10 excellent memoirs you should probably read (if you want)

Including one by this rampant hetero 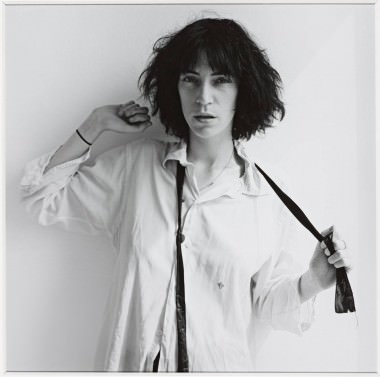 I’m no book expert. A few years ago I was working at a magazine and we were in a meeting talking about doing literary reviews, I piped up saying I’d happily do some I LOVE BOOKS GUYS –  how long would we have to read them? A couple of weeks? A month? A few months? Everyone immediately started nudging each other until they couldn’t hold it in any longer, they burst out laughing, some were laughing so much they sweated right through their polo shirts and twisted denim shorts, some started vomiting in bins. My face went an explosive colour of scarlet. “Two days Josh. You’d have two days” deadpanned the editor peering through his vintage spectacles. He then pointed at me with his massive thumbs and shouted “FUCK! Who employed this dick?” (FYI: he had). I felt like a philistine. I felt like a philistine and I’m not even 100 per cent sure what a philistine is. My point being that if you’ve come here for brilliant incisive book reviews, you should probably put your underpants back on, stub out your pipe and walk away now. We’ll speak no more of this. But if you’re interested in hearing about some nice reads from a himbo who gets through around ten a year, then welcome, it’s great to have you. Here are some memoirs you should think about reading. Please make your own recommendations in the comments section…

Born Standing Up by Steve Martin 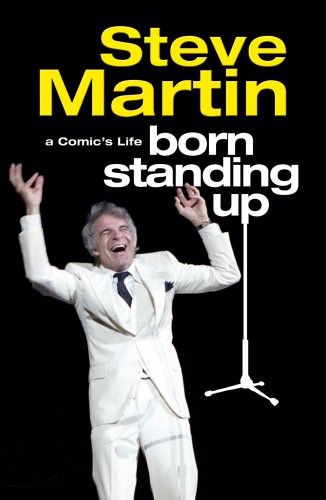 Steve Martin got an A in his comedy degree from the University of Being Funny, and to this day there’s no better opening to an act than his walking on and going “thank you, thank you” over and over again long after the audience has stopped clapping.You just can’t write gold like that. Although Steve Martin obviously did exactly write gold like that, so I’m not quite sure where I was going with that sentence. Anyway, I absolutely flew through this memoir, which in “me reading a book” terms means it took me a few weeks even though it’s quite short. If you like factual tales about showbusiness, magic shows, panic attacks, and hippy women with pubic mountains the size of Vesuvius you’ll fucking love this. 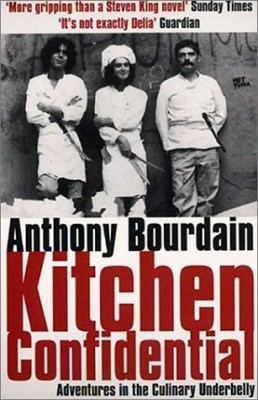 You’ve seen Chef Ramsey shouting “oh just fuck off!” at salads, you’ve enjoyed it when Jamie Oliver smooshes around some sauce and spazzes heaped teaspoons of gravy all over a fish, now it’s time to pick up an actual book and read about the brutal realties of life in a professional kitchen. The knives, the massive gold earrings, the casual and uncasual sex marathons, the piles of drugs to put into your mouth, arm or possibly your anus. It’s all here in this book by Anthony Bourdain, who’s the kind of guy that can bang a waitress to absolute perfection then cook table seven’s dinner immediately afterwards without any threat of self-loathing. Ironically this book goes really well accompanied by a Marmite sandwich or a packet of nice cheap biscuits from Asda. How arch of me to notice! 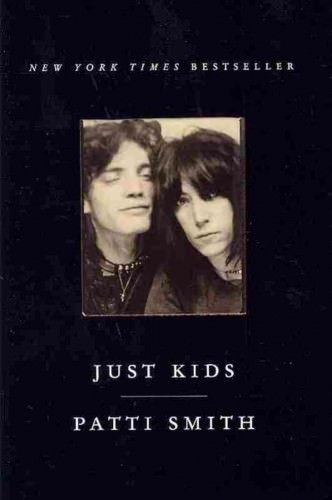 Before I read this book by the lead singer of the Patti Smith Group, I knew her for two things. Firstly for being the lead singer of the Patti Smith Group. Secondly for definitely being a lesbian. She had the same lesbian haircut as first modeled by the Queen of the Lesbians, Keith Richards. She had furry armpits which have always been an anarchic calling card amongst the lesbian community. She’s definitely a lesbian. Wrong actually. WRONG. Not a lesbian. Quite the opposite in fact, she’s a rampant heterosexual woman. Again I’m not sure where I’m going with this. I love this book though. I think that’s what I’m trying to say. It captures an exciting time in music, whilst simultaneously chronicling a terrifying time for society when the wild sexual landscape of the late 70s and early 80s was completely carpet bombed – and she captures it with amazing detail, great humour and with pathos. That’s right, I said pathos. Fuck you. This is about BOOKS.

You Got Nothing Coming by Jimmy Learner 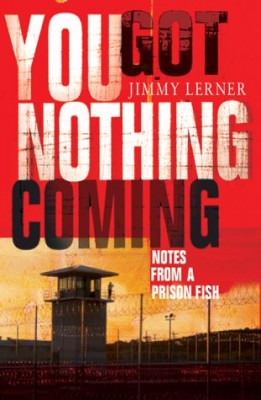 I don’t know about you but I’ve spent years fantasising about prison – the late night sing songs, the friendships forged for life, the week long table tennis tournaments punctuated by massive lunches and dinners. In short I’ve been a foolish fool who’s both deluded and DELUDED (and possibly lying just a little bit for dramatic purposes). As it turns out it’s nothing like that at all. The reality is a putrid, frightening and horrible existence that involves nasty things like racism, gang rape and massive brainless skinheads with no sense of humour and various Nazi soundbites misspelt in scrawls all over their faces and necks. It’s no place for a good middle class Jewish boy from Brooklyn… which is what makes this memoir so gripping and fascinating, as an upper management guru turned convicted killer tries to make it through chokey without completely losing his marbles. The first two thirds of this book are astonishingly good. The final act, less so. But still great nonetheless. 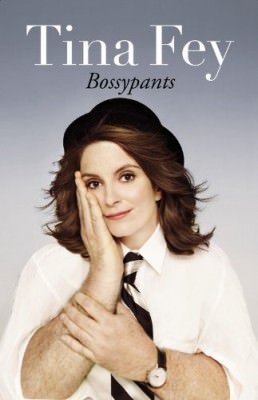 Because she was once the go-to guy on Saturday Night Live and now she plays a fictional Liz Lemon character essentially doing the same job on 30 Rock, Tina Fey’s professional life seems to be one perpetual act of holding a mirror up to a mirror up to a mirror until your mind caves in because it doesn’t know what’s real and what’s made up anymore. That seems to be the way of American comedy now. Larry David’s been doing a similar thing for years, Louis CK now stars in his own sitcom written and directed by himself and about himself. It’s all completely mind-boggling, and yet somehow still brilliant. My plan is to one day write a sitcom about me writing a sitcom, or it would be if Seinfeld hadn’t got there first. Anyway, none of this matters, what matters is that I sped through this book in record time because it’s great, it tells an inspring tale of a woman not just surviving in a majority male environment but literally strutting in, setting up shop and ruling the roost. I’m now definitely not going to write “you go girl”.

Notes from a Small Island by Bill Bryson 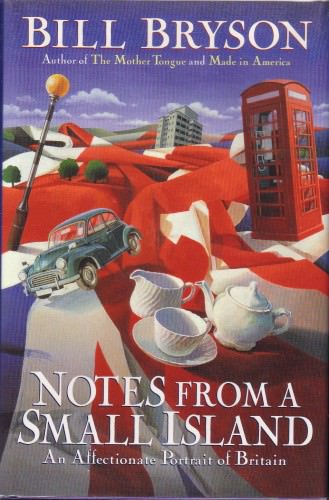 They say the best way to find out the history of your own country is to wait for a few years until an enthusiastic American guy comes to live there, then he’ll probably write an entertaining book about it at some point and you can just read that. A convenient fact that leads seamlessly to the inclusion of this, which tells you everything you need to know about life in Britain, like how lovely and quaint stone walls look, or it’ll mention the names of places that are probably just a couple of hours away on foot where you’ll find moving and historical artifacts. Of course you’ll still definitely never visit them, not while there’s telly on, but it’s nice to know they’re there. Thanks Bill. Fantastic writer that Bill Bryson. Really knows how to string a um… a sentence together. 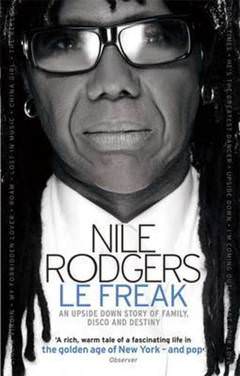 Celebrity autobiographies are a different animal these days. Where once they were at least slightly written by celebrities, nowadays they generally involve someone like Jordan stomping into a room, hurling random thoughts at a confused ghostwriter for three minutes, then fucking off to go horse riding. They might return a few hours later to say “Oh yeah, I thought of something else – I don’t like porridge! Don’t know why. I just don’t like it. Put that in the book” A few months pass and their book arrives on the shelves with their entire history reimagined by someone else, and the weird thing is they believe it all to be true. In that sense, ghostwriting is about as close as a journalist will ever come to playing God. Anyway, this is all moot, because Nile Rodgers of Chic, Madonna, David Bowie, Debbie Harry, Duran Duran, INXS and Grace Jones fame did this himself, and it’s a modern musical masterpiece. His excesses were huge, his achievements gargantuan, yet a thread of humility stretches throughout. I read this in about a week.

Kafka Was The Rage by Anatole Broyard 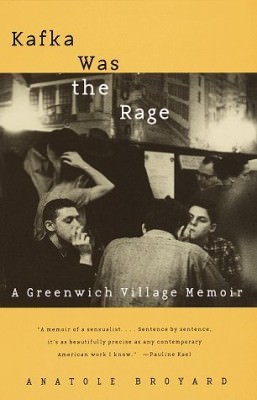 Like pretty much anyone who lives in London I went through a phase of being completely obsessed with New York and all the New Yorkiness that surrounds New York. Woody Allen films, Martin Scorsese films, Spike Lee films, other films with New York in them, the music, the outfits, the hotdawgs, the way they munch through words like they were food too, it’s so edgy and cool. So I decided to read this memoir about Greenwich Village in the 1940s. Turns out it’s a completely pretentious book, full of people tying their minds in knots and getting terribly confused about how to act in extremely simple social and sexual situations, but it’s also a fine documentation of the original hipsters, who didn’t just buy stone washed jeans and large glasses to be admired. They read, they studied, they really put the work in to behave like complete pricks. Cracking stuff.

Growing up as a white boy in a very nice part of Oxford I spent most of my youth rapping Wu Tang Clan lyrics into a full length mirror, so when Ice-T mentioned this book, alluding to it being a gangsta rap bible, I was all over it. By which I mean I went to a book shop, barked “direct me to Iceberg Slim biatch!” at some old lady, then took that motherfucker home (the book, not the biatch) and probably spent about a year reading it. It took so long to read for two reasons. Firstly because I was a teenager so most of my alone time was devoted to other things like taking myself to heaven and back. And secondly because it was written in an unfamiliar vernacular, and came with a rich glossary at the back full of street slang terms. The true story of the rise and fall of a Chicago pimp, this is bloody fantastic. 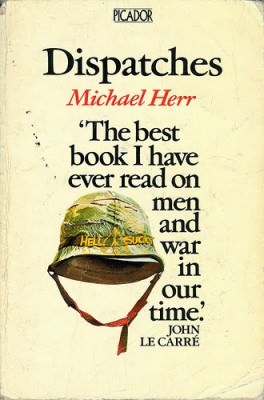 Whenever I think of war memoirs I think of men in V-necks getting stubby erections reading Andy McNab books, and for the most part I’m still convinced I’m right about that. Those aren’t for me, I can’t drive and I don’t watch Top Gear, I’m not in that demographic. But this book might be the one exception to the rule. It’s one man’s Vietnam, both in a figurative and literal sense as he tours the country during the war painting vivid pictures in your mind that later got imagined on the big screen in movies like Platoon and Apocalypse Now. If there’s a better book about the horror and humour of war I’d be very surprised.

And that’s all I’ve got. Any more for any more?