SOME OF the best movies ever according to my friend Simon

Including this poor bastard 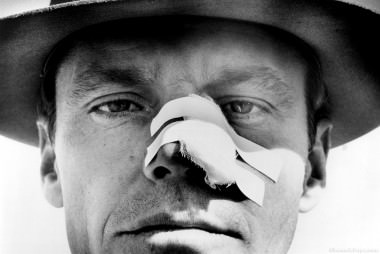 Despite the way it seems – me with the whole vinyl records, cord trousers and beard thing happening – my taste in stuff isn’t always impeccable. I genuinely like some shit I’d never tell you about. I series-linked the hen night dating show Take Me Out. I also downloaded Justin Timberlake’s latest hit, but I’m taking that nugget of information to the grave. So when I published a list of my favourite films last week (PART ONE and PART TWO) it wasn’t long before a friend with a good eye and a sharp mind called me out, booming “JOSH THESE ARE ABSURD CHOICES!”. He was probably right. I knew it. You knew it. He knew it. And in an act of selfless charity, friend of the site Simon has earmarked his own heaped tablespoonful of movies that will all improve your lives dramatically for at least a couple of hours, but possibly for an entire lifetime. Here they are, with Simon’s descriptions…

Chinatown (1974)
Jack Nicholson at his best

The Secret in their Eyes (2009)
Spanish thriller

The Lives of Others (2006)
German cold war story. Fantastic film.

Moon (2009)
Atmospheric psychological thriller. Good if you like The Thing.