Including one with this old thing in it 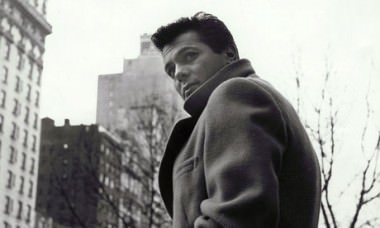 I’ve already listed the first 25 in no particular order, now here’s the rest of them making up the Top 50 movies of all time… that I’ve seen. Feel very free to get absolutely furious and shout and me in the comments section. Or tell me how much you agree with me. Or just read it and then say nothing. It’s your life.

Rear Window (1954)
Hitchcock’s greatest movie unless you count Vertigo which might actually be a fraction better. I don’t know, I haven’t thought this through.

Dog Day Afternoon (1975)
Before he started bellowing his lines at the very top of his range, Al Pacino was a subtle, arresting actor. Never more so than in this tale of a bumbling bank robber attempting to finance his boyfriend’s sex change operation.

Fletch (1985)
From the ages of 12 to 36 onwards I swore to anyone who asked that Fletch was the greatest movie ever made. In reality it’s not, I was probably being ironic at the time which would have been obvious to anyone with half a brain because I was wearing a stone washed denim jacket and smoking an enormous pipe when I said it.

Mo Better Blues (1990)
I wear cardigans, I love jazz. I like this film. A goodie from Spike Lee.

Anchorman (2004)
Especially hilarious, particularly during the bit where he’s got a carton of milk on the go and he suddenly shrieks “why the fuck did I buy milk?”

Beyond the Valley of the Dolls (1970)
This isn’t me being arch, I genuinely adore this kind of trash. For those who haven’t had the pleasure it’s a Russ Meyer romp about a girl band with one thing in common. Well, two if you count the one on the left.

Big Wednesday (1978)
The best movie about surfing you will ever see. And that’s from someone who has no actual interest in surfing beyond thinking it looks quite pretty. I haven’t sold this at all well have I? I’ll start again… watch this film.

Willy Wonka and the Chocolate Factory (1971)
Not the one where Johnny Depp pretends to be Michael Jackson, the other one where Gene Wilder has a bubble perm and genuine rage issues. The best kids movie ever made.

Predator (1987)
Arnie greets and old pal with a handshake that turns into an arm wrestle, and it’s uphill from there. One of the best action movies of the 80s.

Sweet Smell of Success (1957)
Tony Curtis, Burt Lancaster, fast talkers trading acerbic insults like they were something you’d use in a clever metaphor about trading things. A classic.

Groundhog Day (1993)
Wouldn’t it be beautiful and fitting if I said something about loving this movie so much that I watched it day after day for ever? Unfortunately not, though I have watched it about four times.

This Is Spinal Tap (1984)
Fans of this film always have their own favourite bit, like the amplifier that goes to eleven, or the scene with the massive ham and the small bread, or Stone Henge, or Smell the Glove, or Shit Sandwich, or the airport scene with the cucumber. I like it when they all have cold sores.

The Shining (1980)
It’s got all the ingredients you need to terrify me: weird butlers, actresses with insane eyes, hotels with no room service, a boy with a talking finger.

Do the Right Thing (1989)
This is how I imagine every day in New York to be. Start nice and hot, everyone’s ordering pizza, end with a massive riot and a murder. Lovely.

City of God (2002)
This is how I imagine every day in Rio to be. Dip in the sea, everyone’s enjoying some drugs, end with a huge party and some murders.

Akira (1988)
This is how I imagine every day in Tokyo to be. Apocalypse happens, you ride around on motorbikes, end with a few massive explosions. Lovely.

True Romance (1993)
This is how I imagine every day in Detroit to be. Actually no, I’m going to stop this now. It’s childish. Great film, and what a cast: Slater, Pitt, Oldman, Kilmer, Arquette, Balki from Perfect Strangers, Pitt the younger, L Jackson, Walken. Hopper smoking the crackliest cigarette of all time.

Bill & Ted’s Excellent Adventure (1989)
Before Keanu Reeves became the star of the Matrix comedies, he was one half of two thickies traveling through time in a phone box. It was between this and Back to The Future. I think I’ve probably made the wrong choice. Can I change it? No, apparently I can’t change it.

Beat Street (1984)
No real plot, dreadful acting, hip hop MCs literally going “rap-ti-rap-rap-ti-rap-ti-rap rap” or “um… rappity-rap rap… rappity-rap…” and yet there’s a corner of my heart that beats loud and fast for this film.

The Lost Boys (1987)
Dark, sinister, mullets everywhere, a guy playing sax with his top off and his body slathered in Johnson’s Baby Oil. Everyone called Corey something.

School of Rock (2003)
Jack Black’s finest hour. At the end when they absolutely rule at the Battle of the Bands I punch the air and burst into tears every damn time. Gah, I should probably have said SPOILER ALERT just then.

Bugsy Malone (1976)
If you imagine for a second that those splurge guns are real and that the cream is actually blood and guts, suddenly this becomes the most violent movie ever made.

The Jerk (1979)
Steve Martin’s first ever big silver screen moment. This should sum up my love for it.