10 Things that are SURPRISINGLY ACE 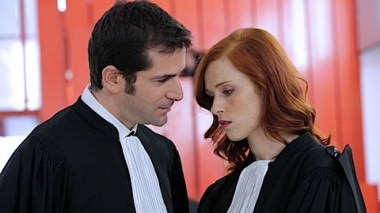 Some of you may have noticed that I recently compiled a list of things that disappointed me badly. Things that were supposed to be brilliant but weren’t. It was a depressing, angry list, full of nasty things like mild disappointment, and very very diluted venom. I’m sorry for any offense it caused, and thought I’d make up for it with another more optimistic list of things that sucker punched me by being excellent when all along I thought they were going to be crap…

The Olympic Games
If anyone had told me a year ago that I’d spend half my summer cheering in my living room because a guy who lives at the other end of the country from me is about to win a bronze in PE, I’d have chuckled politely, finished my whiskey and calmly relocated to another nightclub. And yet last summer’s Olympics grabbed me by the eyeballs and didn’t let go. What a time! I particularly enjoyed the bit where the guy won the long-distance running race then coined his own celebration by fashioning a McDonald’s sign on his own head. Nice skills.

Women’s Magazines
I spent years working for men’s magazines and women’s magazines, and I can wholeheartedly recommend that everyone reads the latter. No disrespect meant to my male counterparts, but that ship has sailed. “How to cook a steak”, “x amount of amazing gadgets”, another interview with an ironic hero from the 1980s. It’s gone a bit stale. And yet women’s magazines know exactly how to keep things fresh, and it’s a simple equation really. While men’s magazines encourage you to become part of the gang, women’s magazines urge you to concentrate on yourself. They’re touchy-feely and insightful in a way that you’d probably expect a metrosexual to be, and yet there’s nothing out there for the truly modern man (YET). I’m a particular fan of Stylist, which is fantastically good value, and Cosmo (who I occasionally write for). Editors of men’s titles, you’d be wise to grow a vagina… or just take a leaf from the sisterhood. Or ungrow your penis and make it into a vagina. I don’t know. I have no idea how this kind of figurative biology works. I’m sorry I ended this paragraph so badly.

Vegetable curries
Moving on… ahem. Having a large gentlemanly penis dangling aggressively in my trousers I like to do things like set meat on fire, or eat using my hands. It makes me feel strong like ox. But like every ying has a yang or every something else has another thing you’d use in a metaphor like this one, I am both meat eater and vegetarian. I’m complicated, vexing and intriguing like that. I can’t help it. And in this particular bout of unbelievable depth, I’d like to reveal that I didn’t think I’d have much time for vegetarian curries, but as it happens, I do. I like something called Aloo Gobi a lot. It’s got cauliflowers in it, and potatoes. Absolutely no meat. This has been a very unexpected journey for me.

The Undateables
There’s absolutely no doubt about it, The Undateables is the greatest television program of 2013. So far. I love it for many reasons, but predominantly because it’s been crafted so delicately and with such attention to kindness and consideration when it could easily have morphed into a big guffawing and misjudged train wreck. For those who haven’t had the pleasure, in a nutshell it focuses on people looking for love, but with obstacles in their way like strange conditions that make them look weird, or autism, learning difficulties or Downs Syndrome, and where it triumphs is that it doesn’t mock anyone nor seek too much sympathy for them either, it’s not a freak show. It just holds up a mirror and creates a genuinely touching television program about PEOPLE.

Everything The Beastie Boys ever did
Even as a little boy with no discernible feelings about anything, I took one look at The Beastie Boys on Top of The Pops, turned to my parents, stubbed out my cigarette and declared “no chance!”. They looked like a silly novelty act, with their stupid necklaces and their posturing. These guys didn’t have a future at all. They’ll soon be flipping burgers, I thought to myself, even though the idea of flipping burgers being a viable career choice didn’t really exist at that time. Frying fish would have probably been a better choice of putdown. Anyway, it doesn’t matter, because I was wrong, and they were right. In the sense that they went on to enjoy a fantastically brilliant career as genuinely innovative “artists”. Yes, I just put the word artists in inverted commas. Fuck you.

Reading BOOKS
Ah man, who knew that reading books would be such a wild technicolour ride! I literally spent decades avoiding the ridiculousness of sitting in a silent room staring down at words and letters, not realising that the very act of doing so actually allows your imagination to run amok, painting pictures in your vast unused brain and being all emotive and shit. And then at some point in the last fifteen years I knocked back a book by accident and it was like waking from a lifelong coma. I now occasionally look forward to long bus journeys on account of these things. Thanks books. Except for the rubbish ones. Or anything by John Updike.

Cheese and Tomato Sandwiches
It’s easy to get carried away with ingredients these days. In fact, just one single visit to the fast food sandwich chain Subway, and you’ll find out all you need to know about people’s relentless quest to put every ingredient known to man between two pieces of bread. They’ve got everything: lettuce, tomato, olives, peppers, turnips, an onion, four different shades of cucumber, molested strands of carrot, chunks of meat assembled from a big vat of horse willies and non-specific foreskins. But don’t get carried away. Not so long ago I found myself stranded in a kitchen with just a butter knife, a bread board, a plate, and then some butter, cheese, bread, and a tomato. It was like a really mundane episode of Ready, Steady Cook to watch, but an absolute joy to take part in. This is basically a long-winded way of me saying I made a cheese and tomato sandwich, thought it was fucking amazing, so decided to tell everyone about it. This is me telling you.

You Rock My World by Michael Jackson
Michael Jackson’s long blast in the sunshine only really lasted for around two and a half albums. Off The Wall – brilliant. Thriller – great moments. BAD – bit hit and miss. After that, his weird morphing clownface, unusual bed partners and dangling babies from balconies made the soundtrack to his traveling circus barely audible. He did the song about saving the planet which essentially ended with Jarvis Cocker electing himself as the nation’s ambassador for good taste, but apart from that, it had all pretty much turned to shit, musically speaking (and in every other way). And then in 2001 something remarkable happened. Jacko released You Rock My World – a brilliant reminder of how amazing he was and still could be. If I had to list my favourite ever Michael Jackson songs, I’d reach this one pretty quickly.

French Crime Dramas
In the miserable list about things I was disappointed by I mention The Killing, but this is the redemptive bit where I accidentally stumble on something ace while dealing with the cock punch of something crap. And that thing is Spiral, which I discovered for some reason or other at roughly the same time. It’s a legal crime drama that’s all in French, and stars actual French people. I know, sounds dreadful right? But if you haven’t seen it, you’ve got to check it out. It’s gory, intense, it looks a bit like it smells of sex like everything French tends to. And it’s brilliant. PLUS, it’s got handsome Pierre to keep the ladies happy, while the lads can whisper “phwoar” under their breath whenever the hot redhead decides to bust some more balls. As they say in France, c’est tres delixious et cetera.

Solange Knowles
One of the perks of having worked as a rough approximation of a journalist for the last fifteen years is that I get inundated with stuff from PRs, which can be good and bad. Bad when they’re blathering about some bullshit that I’m not interested in. Great when it’s the exact opposite of that, as with their occasional contact about the younger Knowles sister. She’s currently hit fine form with her 80s sounding track Losing You, but even a good few years ago I was singing her praises on account of a song called I Decided, which seemed to just fractionally pre-date everyone’s obsession with sounding like a 1960s soul-pop group. She may never quite emerge from Beyonce’s shadow, but don’t be mistaken, this lady’s pretty brill in her own right.