5 Things that make me more miserable than this weather

This isn’t all that bad really… 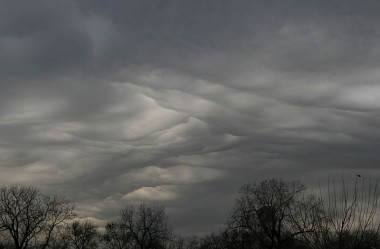 Some of you have probably noticed that when you glance out of a window these days the world is either in a state of perpetual early evening, or it looks like it’s about midnight. It surely wasn’t always like this? Or perhaps it was? It could be one of those things where your brain shuts out trauma and prefers to imagine that your entire life before now has been spent sunbathing and playing touch rugby with a bunch of topless dickheads deep into the Festive Season. Anyway, this paragraph is going nowhere, so in the spirit of looking on the bright side, here are a few people and things which are far worse than the weather…

Just when everything is hurtling along brilliantly for the sisterhood, along comes Helen Flanagan to squish her magnificent large boobs into some shrunken bikinis and pretend like she literally has no brain. When confronted with any kind of challenge on I’m A Celebrity… be it getting gunged by buckets of slime, covered in cockroaches or goaded by those Geordie charmers Dec and Ant to chow down on koala beavers, she reacted with the wide eyed shock of a woman who genuinely thought she was on holiday. On the one hand this made for miserable viewing because she must have known what was in store, and was PRETENDING. And on the other hand it makes me miserable because it’s the exact opposite of refreshing. Whatever that is. Unfreshing? Defreshing? One of those.

Having to endure Brussels Sprouts

At this time of year, the seasonal sprout marks its arrival on the vegetable circuit by making an unwelcome appearance on your plate. Aw look, they’re like cute little baby cabbages. I love cabbage! Unfortunately eating one of these is like popping a little sack of dirty toilet water in your mouth, and then celebrating later by expelling absolutely atrocious gas from your anus. These are quite simply the most miserable little fuckers in the whole world. Unless finely chopped and fried with bacon, at which point they immediately become delicious.

As someone who has worn a full beard for over a decade I find the idea that growing facial hair is a big wheeze that should be rewarded with money faintly insulting. But even worse are the kind of cretins who partake in this bullshit. For a start, they use words like “mo” instead of moustache, and do stupid idiotic things like high fiving one another or shouting “MO BRO!” at one another in the middle of the street. It’s basically the modern day equivalent of turning up to work in a zany tie, or referring to yourself as “muggins here”. I should however point out that I find cancer to be abhorrent and strongly believe in giving to charity, and if my friend Olly or future brother in law Dominic are reading this it should be stressed that they are admirable and handsome exceptions to the rule. But all of the other mo bros out there, please stop it. Just stop it. I’ll actually give you money to stop it.

The music of Christopher Maloney

As an “up yours” to Simon Cowell, the whole Rage Against The Machine thing a few years ago was inspiring, but the maintained support for Christopher Maloney on The X Factor charts somewhere at the opposite end of that particular spectrum of inspiration. He’s not funny like Wagner, nor endearing like Chico, and all that shaking he does makes me want to brick up the lounge. Underneath the nervous facade you just know that there’s a runner in tears backstage because he just bollocked them for feeding him overly-tepid Evian. An evening of slowed-down Leonard Cohen numbers would be a wild technicolor ride in comparison to one more performance by this guy.

Viewed through a depressing looking glass this is the sequel to Titanic where Rose and Jack both made it to America without freezing to death, and then embarked on a row that lasted all the way into the 1950s, and only ended when a botched abortion killed Kate Winslet. Oh bugger, I should probably have said SPOILER ALERT then shouldn’t I? Actually no, fuck it, it’s a terrible film, if anything I’ve just done all of you a favour. For which you are very welcome. Now go, get on with your lives. Be happy.