The X Factor Finalists JUDGED and ASSESSED… in a way 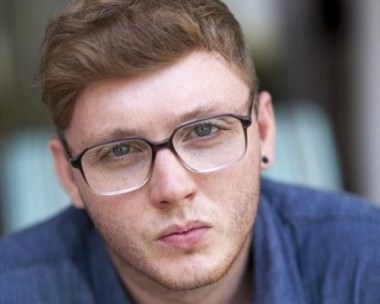 Hey everyone, after seven months of auditions the X Factor live shows have finally started. Here’s the lowdown on the finalists…

Ella Henderson
Whenever Ella opens her mouth to sing, people all over the country take one sip of hot coffee then immediately splutter it out all over the carpet in the lounge – where the hell did THAT come from? This girl, with her sturdy northern down to earthiness, is an ANGEL. Nicole Schwarzenegger particularly likes her.

Jahmene Douglas
Jahmene couldn’t be more polite. You imagine that in real life he’d be endlessly apologising to you for no reason, and yet when he sings he does unforgiving vocal runs that go on for miles. In his day job he uses a handheld laser to check prices on things like Branston Pickle or fromage frais in his local ASDA. Cool.

James Arthur
James sends out mixed messages. He looks like a vagrant Plan B (Plan C?), he behaves utterly miserably, never once smiling, and yet he insists he’s having a ball. It’s an interesting way of expressing joy. He presumably spends Christmas Day picking scabs off his arms and spitting at the tree before thanking everyone for a really magical day.

Union J
These guys tick every box. If those boxes are: Sing out of the side of your mouth; have slightly rapey looking neck and arm tats; don’t have a career in pop music.

Kye Sones
When he’s not singing in front of a live studio audience, Kye can be found halfway up chimneys completely covered in soot. That’s because Kye is from Oliver Twist. He sings so beautifully that afterwards he likes to fall to his knees overwhelmed by his own majesty. Whoah, fucking hell, man.

Christopher Maloney
Christopher looks like a drag queen in daytime wear and can’t get through a single conversation without exploding into a violent fit of tears. Hey Chris, here’s an idea, STOP CRYING!… no no Chris, I said STOP crying. Great, Chris is crying again.

Rylan Clark
If General Zod from Superman II had softened up a bit and turned all of his hatred into love, this is what would have happened.

Lucy Spraggan
Lucy is basically the lesbian embodiment of that busker from those “girl on the platform smile” adverts. Although rather than sexually menacing lone blondes at train stations, she does songs about typical things like having a bath or looking at a pigeon, or going for a poo and then not actually doing a poo. Mysteries like that.

Jade Ellis
Jade’s got a kid, Jade’s got half a haircut, Jade’s a lesbian, Jade sounds exactly the same as Gabrielle, who used to wear a sexy eye-patch. She’s basically this year’s Rebecca Ferguson, only half-skinheaded, lesbian, and much less like Sade.

District 3
Look at them, with their baseball caps and their trainers like ankle boots. They look like they haven’t had a good spit-roast in, like, ever.

Melanie Masson
Like a Disney reimagining of Janis Joplin, Melanie has a lovely little family, good skin, and a very loud singing voice. Wherever she goes, she probably greets people by flashing the peace sign and saying something about free love. She’s a serious drug problem waiting to happen.