Some “observations” about getting very slightly older…

One day, one day 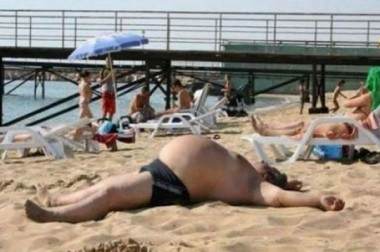 I turned 36 this year, which terrified me, because it means that in 14 years I’ll be 50. It’s not far off. 14 years ago I was 22, and I can remember that year practically day by day. I did things like eat breakfast, moan about stuff, go to job interviews, watch The Fresh Prince of Bel Air, look longingly at girls. I’m frightened. Anyway, as I enter yet another chapter of my magnificent life so far, here’s a few things I’ve noticed that make me wrinkle my brow and tut on the inside.

After years of enjoyment, I’ve had to give up smoking. What’s with that?
I looked amazing when I started smoking. I was tiny, I was completely hairless, and cigarettes were enormous on me, so I was like a Benjamin Button reflection of a Hollywood mogul, or a very clean-looking rent boy. Then as I matured, they slotted into my routine, punctuating my day with five minute nicotine breaks, and after a love affair of over twenty years, I’ve given them up. Why? Because I’m 36 and if I don’t they’ll definitely give me lung cancer and I’ll DIE prematurely. I don’t want to die prematurely, I want to die at my pre-destined allotted time, which I presume is deep into my 90s or a fraction over 100 years old. I’ve substituted smoking Cutters Choice roll ups with suddenly crying whenever someone gets a standing ovation on The X Factor.

I’m spreading in the middle, and have ENORMOUS potential
Dinner in my 20s literally used to be a can of Red Bull to keep me awake, and a couple of 99p bacon double cheeseburgers from a drive-through Burger King on Clapham High Street to keep me alive. Breakfast would be a McMuffin, lunch I’d pile a plate of sausages chips and beans into my face, then I might have numerous snacks in the afternoon. Yet I was incapable of gaining weight, and so thin I could see all the way down from my inverted chest to my soft pubic ocean without a bulbous tummy getting in the way. Nowadays if I jump up and down in slow motion everyone starts shouting begging me to stop, and if I see a treadmill my skin immediately starts spraying smelly water from every pore. Question is, do I just give in and let nature take its course – which is to become mountainous? Or do I fight this thing? At the moment I’m all kind of like hmmm… yeah… I don’t know.

Either my colleagues are getting younger, or I’m getting older. Or both.
In some professions, you can probably get away with the aging process, but I’m one of those beardy spectacle guys who insist on skateboarding to work in a giant set of Dr Dre headphones, carrying a banner that reads I WORK IN THE MEDIA! PLEASE LOVE ME. Although in the spirit of full disclosure, I actually just made the bit about the skateboard and the headphones up. I’m sorry. I get the tube carrying the banner. Plus I wear plastic rimmed glasses and own a beard on my face. So, you know, I’m almost there. Anyway, this whole media bullshit is a young man’s game, to the point where people are now getting employed to TWEET things on Twitter. Actually paid for it – that’s like getting paid just to be young and great looking. I’m basically fucked. Once in a while people I work with find out my actual age, and I can see them mentally debating whether to punch me in the throat or not.

I used to be great at drinking alcohol, now I’m drunk within nanoseconds
Back when I was a young hipster in a Fred Perry top that didn’t jut outwards at the stomach, I could stroll into any pub, down thousands of pints of lager, shout something hilarious, then go to another pub and do exactly the same again. My tolerance was impressive, and incredibly sexy to girls. Nowadays after one I’ve got a head-rush, two I’m blending words together, three I’m no longer making sense even to myself, four I’m speaking fluent Spanish, five I’m having a panic attack on the back of a bus. Six and I’m asleep in a pile on my and many other people’s sick. Oh and hangovers have become the exact opposite of a fun time – those monkeys just won’t quit. What can I do about this?

One Response to Some “observations” about getting very slightly older…