The story of my first ever holiday without my parents 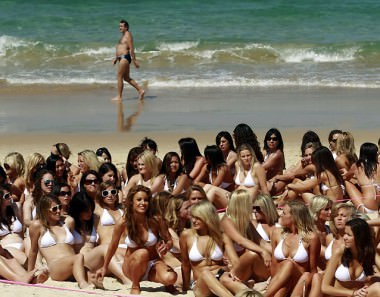 It would have been the very early 1990s, I was 17, you were allowed to smoke midair on aeroplanes without getting rugby tackled to the floor, and I was going to a Greek island called Paros with my crew – four guys strong and one chick, who happened to be my older sister Annie. She was 19. We chain smoked on the plane, then got a boat for hours from Athens, arriving eventually like Jason and the Argonauts only much less cool in a place that looked identical to Paradise. There were beaches, people standing outside bars shouting at you, and there were lots of girls with boobs. My aim was to meet some of them. In the end, I met four. And when I say I met them, I mean I looked at them, then ran around a corner to dry puke all over a wall.

Here are my abiding memories of that first amazing week abroad without my mum barking at me to put on sun cream.

Turns out all these lotions and rubs that girls insist on smuggling past airport security are actually important. I noticed on Day One in my island paradise that my milky white skin looked extremely unsexy when contrasted with every single other human being on the beach, so I thought sod it, I’m going to tan hard. Yeah, bring it on SUN. I chucked my unopened bottle of Factor 1000 into the ocean, and put in a good five-hour shift. I then spent two or three days shivering in the corner of a hotel room, or screaming on the beach, pinker than a lobster’s vagina. I blame that incident entirely on me not getting laid on holiday. Ever.

You could smoke on planes

I’ve mentioned this already, but let’s say it again: YOU COULD SMOKE ON PLANES. At that time you could also smoke in restaurants, they had foil ashtrays in McDonalds, the top deck of the bus was smoke friendly, as was the left hand side of the cinema. Smoking was great back then. Really really great. I no longer smoke because society is a bastard and I hate it. Oh and here’s a statistic for you: no plane that I smoked on went down.

Some girls basically showed me their tits

Back in my teens, and long into the rest of my life, the teasing of a breast from beneath clothing has involved a thorough bargaining process, beginning with things like jokes, or kindness, and then moving through certain key stages. Long winded kissing marathons, dates, subliminal pleading, marriage proposals. But on this holiday, we met some girls on the way to the beach, and when we got there, each one casually got them out. If you’ve ever seen a teenager erupt into sweat and suddenly find the sky unbelievably fascinating you’ll have some idea of the effect this had on me.

There were free shots all over the place

When people say “free shots”, what do you think of? Great times? Male bonding? I think of a sexy barmaid who made me drink shots by being really beautiful. And then I think of puking into a bin, attempting to sprint to the next bar but veering dramatically and smashing into a small wall and landing on a beach. Meeting some guy from London who was a bit older than everyone, and basically thinking he was Jesus. And then crying. Actually crying. In front of people. Because I was just too happy, and I never wanted to go home. In amongst it all, there’s a very vague memory of people having sex in the sea, but that may be something else.

At the end of my holiday, it was very much time to go home. It’d been great. My friend Zac had hired a moped one day and immediately crashed into the road, and I was still tired from laughing at him shaking uncontrollably afterwards as the man explained over again how the accelerator works. Yes, it was time. Only, my plane at Athens airport had other ideas. It decided to be delayed for 12 hours so that me and my sister could be trailed around the airport by a madman, and then I could miss my 18th birthday party planned at home for the next day. Fucking Athens.