Including just ONE of these guys, but which? 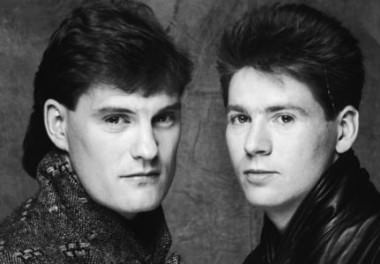 As pretty much everyone knows, there’s a huge difference between the BEST players ever, and your FAVOURITE players ever. It’s all very subjective. You might be drawn to their natural flair, their sense of style, their terrifying intensity. So with that in mind, here is MY ultimate football team, made up of players who have somehow inspired me over the years. Barely a sleeve of tatts in sight…

Feel free to tear into it in the comments section.

Ever since they were deemed the short straw position in playground football matches, it’s been an uphill battle for goalkeepers to shine. But during Liverpool’s golden run in the 1980s, Grob Grob made a decent fist of sexing up his position with his funny Magnum moustache, and his spaghetti legs against Roma in 1984. He keeps handsome Neville Southall out of the side. Just.

For what seemed like an eternity, Gary Neville was England’s number one right back. You saw him, patrolling the touchline with his bum fluff beard, occasionally yelling at David Beckham, being the exact opposite of Joga Bonito. And then there was Cafu – exotic, speedy, aggressive, plus cool with his impressive Fine Young Cannibals hair homage. What a great player.

The best centre backs tend to be the ones who make it look like a doddle. An uninjured Ledley King, a younger Rio Ferdinand, Franz Beckenbauer, Alan Hansen in his pomp – all mesmerising. But Lauren Blanc stands out, because he looked like he’d just that minute stubbed out a Gauloise and wandered onto a football pitch. Sophisticated barely even covers it.

Put simply, the best defender I have ever seen. Played his entire career at AC Milan, he also sits steadily alongside the likes of Bobby Charlton and Zinedine Zidane as footballers who allowed their hair to fall out naturally. A move now known in the trade as “a reverse Wayne Rooney”. Formerly a “reverse Elton John”.

There’s no shortage of fine left backs in the history of the game. You’ve got Roberto Carlos, who once scored an amazing goal, then spent the rest of his career gathering the ball and shooting immediately no matter where he was on the pitch to better it. The great Paulo Maldini. Dennis Irwin who could play absolutely anywhere, so long as it was left or right back. But for pure drama none of them come close to Stuart Pearce. Part footballer, part Wilko Johnson from Dr Feelgood, it was like witnessing a maniac let loose.

Away from the pitch, footballers have enjoyed a long distinguished career as hairstyle types. For years, kids could be overheard scampering into their local hair surgeries demanding the latest “Emlyn Hughes” or an updated “Keegan” bubble perm. Into the 80s, you had three choices: “business on top, party at the back”, the standard “Beardsley”, or a “Frank Rijkaard” – a collection of snaking Jheri Curls squodged together and plopped delicately on your scalp. A sexy look, also the name of my favourite ever defensive midfielder.

If you’re a grown up of a certain age, you’ll remember a time when allowing your beard to bloom was about as debonair as a man could get. It was a magical time, it was probably the late 70s and early 80s. Even the Milk Tray guy could be found fishing old bits of fudge from his almighty moustache. On the pitch it was all about a leggy Brazilian named after a famous Greek philosopher. Socrates: footballer, leader, intellectual, chain smoker, loved a drink. The perfect wife.

Without a doubt, the greatest player of all time. He could pass the ball with the kind of precision that made pinpoints blush, he had a tonne of tricks in his pocket, and where Maradona was dazzling, Michael Laudrup was elegant. He keeps every single footballer in the history of the game out of the playmaker role. Although Peter Beardsley genuinely came close for “my first set of endorsed shin pad” reasons.

It’s been ages since a footballer boggled minds on the field, then moved hearts with his music off it. Chris Waddle was the ultimate pop star slash footballer, first alongside Glenn Hoddle, later with his Marseille team mate Basile Boli. But that’s not why he’s here. No, he makes the team for being the most exciting English winger in recent memory. Ridiculously ignored by Graham Taylor.

Another great ignored Englishman, in Le Tissier’s case he was ignored by Glenn Hoddle – himself a former player who boasted a similar looks to skills ratio. Damn it, these guys should have been best friends! No matter, Le Tissier lives in legend as the left sided attacker in this side. Oozing creativity, he scored about six of the 10 greatest goals ever scored.

Back when Liverpool were going through their curious Spice Boys phase, there were certain guarantees. If there was a party going down, Babb and Redknapp would be there “smashing it” in a hot tub, any throaty regurgitating sounds were probably just Jason McAteer talking to someone, and if you passed him the ball, Robbie Fowler would score with it. Now a part time footballer, full time landlord, for a while there he was the greatest striker in the world.