Hey The Voice! You’ve got it all wrong!

No word on this guy (right) 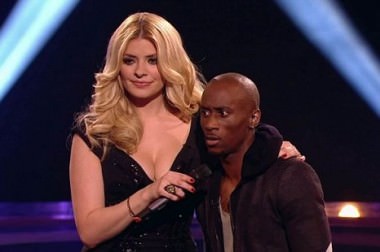 It started really well. The premise was refreshing – it’s all about the voice. Not the usual parade of hot teenagers and 20somethings going topless and hacking up dire vocal runs. Here, we’d have disgusting ugly people contrasting their revolting bodies and wart-ridden faces with singing like angels. Fans of Pop Idol will remember Rick Waller – he looked hideous, but sounded slick like Leo Sayer. He was great television. This would be great television. Only, somewhere along the line it’s all gone wrong. Here are some great reasons why…

The BBC doesn’t do judgment

I once had the strange displeasure of working for the BBC, which sounds like it should be fun, but really wasn’t. Office meeting areas were spruced up to look “funky” with children’s toys, and yet most people still wore drab business suits to go with their graying skin. One of the more depressing things I’ve ever seen in my life was what looked like a man in a suit sitting on a space hopper getting fired. Anyway, this is all miles away from the point. The point is that the BBC is all about not offending people, to the point of self-sabotage. A hunch suggests that the judges – sorry “coaches” – had been passive-aggressively informed to “bring the nice”. It hasn’t worked.

The “coaches” are, in fact, quite bad…

Will.i.am has been an entertainment revelation – he’s funny, seems kind, he wears leather fingerless gloves all the time. He’s got an afro with a SIDE PARTING – WTF?? The downside is that he stands out as the only one worth tuning in for. Danny’s song selections have been “sick” meaning “puke”, and he constantly looks like he might start wanking. Tom Jones has become a caricature of himself telling long-winded stories about having a bath with Frank Sinatra. But Jessie J has been the worst of the lot. If her and Vince aren’t on VT discussing song choices in crude Jamaican accents, she’s repeatedly shouting “I’m real! I can’t lie! I’m just honest! I’m being myself!” at busty hostess Holly Willoughby, who didn’t even say anything. Needs to relax.

Sunday night’s show should be LIVE

Was this a budget thing? One of the key successes of these programmes grows from the live tension during the results show. The BBC threw convention out of the window, rolled showbiz logic into a ravine, and thought that getting the key players to change outfits and refer to Saturday night in the third person would be enough to dupe people into thinking it was Sunday. Nice try, Auntie. Unfortunately, we ain’t stupid – right guys?

Half an hour to vote isn’t enough time

After the semi final, voters had half an hour to make the call for their favourites. This can’t possibly be enough time. People need to meditate, think about it, make an informed decision, drink a pint of lager, smoke a nice fag like a Silver Benson or an Embassy Filter, and in the case of Saturday, they need to shout drunk strategic advice at a disappointing England football team on holiday in Norway or Denmark or something. It’s too easy for decent acts to slip through the net, as happened.

The guest acts have undermined the premise

The problem when you call something The Voice is that you now have to book mostly unattractive acts with great voices to perform on the show. You know, people like Elton John, Fergal Sharkey, or Celine Dion. At a push, go for someone whose looks to voice ratio just tips in favour of the voice – like an Aguilera, a Bolton, or an Adele. You could even bust the budget and tempt Collins out of retirement. Yet the weekend’s pioneers were Cheryl Cole and Kylie Minogue, both completely tone deaf but absolutely wonderful naked, and presumably in bed. Mixed messages there. Very mixed messages.

Three of the four finalists are the wrong person

This is the one that really sticks, the cock punch extraordinaire. Normally it’s okay for one upset on the way to a big finale. It’s bound to happen. But here, it’s all gone completely up the spout (whatever that means). Bo was always going to make it through, with her trendy bone earrings, and surprisingly unhairy armpits – she’s the new Dido. But from every other group it was wrong. Ruth’s vocal surges were so good that people who hadn’t cried in years suddenly had “sweat” literally spurting from their eyeballs, Jaz was beaten by a Topman mannequin. But the real stinker was Becky being ousted over Vince. Vince. Becky. Vince. Becky was by far the best singer on the show, definitely the funniest to watch, and she could have been the UK’s answer to the great Kelly Clarkson. Now let’s all hang our heads in shame.

2 Responses to Hey The Voice! You’ve got it all wrong!