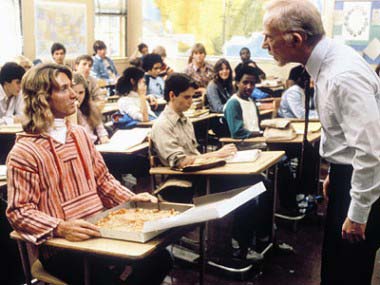 Don’t be fooled by the sunshine, and the slow passage of time, we are still in a pit of financial ruin. The only difference between now and a year or so ago is that everyone has become used to it. These days, no one bats an eyelid whilst the man smearing soap suds all over their windscreen quotes the poetry of John Keats before requesting a few spare coins, and it’s no longer particularly unusual to spy a milkman doing the rounds in an old Armani suit. The once high-flyers have slowly infiltrated normal society, but, if you listen very closely, you can still hear the dampened sobs of a grown man sleeping in his bricked up Mercedes. These are cruel times. Which is why we become head-over-heels with glee whenever we catch wind of a wonderful bargain, and just today great friend of the site, known here as JB, stumbled across a magnificent find in his local Stop Hurting Dogs – or some such. “I’d just nipped in because I was bored,” he told us over a slice of toast and a shot of rum, “but then I saw that they had Fast Times at Ridgemont High going cheap, so I bought it, and I wasn’t bored for about the next two hours.”greatest high school movie ever made, and by far the best thing that Sean Penn has ever done. So, come on, how much for this most excellent boredom distractor? Great find, JB. At last count, it was probably the eleventh “About a quid.”

Here’s some kind of ode to the film…