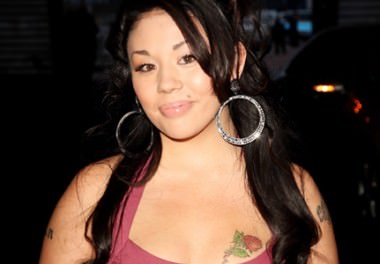 It’s great being part of a successful pop group. You get to travel the world, you do your gigs, you pass groupies around, you drink free booze, you take drugs, you grow a beard, you lose your bikini body, the whole world points fingers at you, you decide not to leave the house for a while, you spend your time prowling around Twitter to see if people are slagging you off, you stop eating, you ignore phone calls from your friends, you do things like stand naked in front of a mirror with “slut” scrawled on it in lipstick. Who wouldn’t want that kind of life? With that in mind, below are four total maniacs who decided to LEAVE their pop group, just as things were going brilliantly…

Robbie Williams
Damn it Robbie, what were you thinking? Just as Take That were showing their mature side in 1995 – Howard had grown dreads and was embarking on a deep spiritual inner journey, Jason had a beard – Williams decided to throw a spanner in the works by morphing into a massive cock and detonating the band from within, and look what happened: Barlow fell apart, Owen started having affairs with frumpy nursing students, Donald went clubbing for twenty years, Orange disappeared completely. It all turned out really well in the end, but some people will always wonder what might have been. They could have been the Rolling Stones.

Mutya Buena
In 2005 Mutya Buena – Spanish for “very good” – decided that she was far too cool for the Sugababes, and left. What a mistake that was. Since then they’ve pulled a trick straight from Doctor Who by regenerating into three completely different girls and going STRATOSPHERIC (assuming “stratospheric” means they’ve done okay). Mutya has covered herself in loud angry tattoos and while she recently rejoined the original group under a different name, it appears to have been to very little avail. She’s also replaced her front tooth with an unopened Oxo cube which looks weird.

Dane Bowers
Despite looking like a quartet of probable date rapers, Another Level were actually quite good. They had that song Freak Me which was a thinly veiled open letter about having sex, and just as their wave was rising in 2000 Dane Bowers thought it wise to sod the others and tread his own weighty path to stardom. After a string of singing disasters and a humiliating MTV show called Totally Boy Band Dane’s only remaining saving grace is that he’s considered to be the long straw in a “Bowers or Gaffney?” toilet cubicle sex decision in Movida.

Bryan McFadden
For a while McFadden and Kerry Katona were like a funny mirror version of Posh and Becks. Him a handsome pop star, her the most beautiful woman in the whole of Britain. Then everything turned to muck and Kerry now yo-yos between interviews on drugs and shows about how she’s TURNING HER LIFE AROUND, while McFadden left Westlife in 2004 and they went on to become Ireland’s answer to The Arctic Monkeys.