Some nice footballers who wouldn’t go with prozzies

A typical prostitute in a hotel room 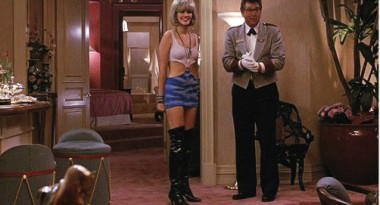 Footballers, as a rule, feel that it’s their divine right to “smash” things. As the philosopher Richard Keys once pondered, you can barely even look at a girl these days without imagining Jamie Redknapp, or Wayne Rooney, or Ryan Giggs “hanging out the back of it”. All of which leads completely seamlessly to a short list of nice footballers who respect the sisterhood, and definitely wouldn’t pay for it. Feel free to add your own in the comments bit.

Theo Walcott – too polite. Possibly terrified by the sight of his own penis.

Kaka – too religious. He would only visit prostitutes to talk at great length about the path to redemption.

Sol Campbell – too sensitive. Sol has the look of a man who likes to curl up into a ball and weep joyfully after sex. Most professional sex workers wouldn’t tolerate that kind of bullshit.

Paul Scholes – too shy. It hardly requires a mountain of self-confidence to visit a hooker, but something about Paul Scholes suggests that he would even struggle to buy a grotty magazine without freaking out and sprinting home to shout at himself in the mirror.

James Milner – too focused. Were an opportunist hooker, accidentally on the right side of town, to have a crack at James Milner, she would be met with total bewilderment. He would be paying for WHAT now?

Petr Cech – too nice. Unlike most of the strutting peacocks in the Premier League, Cech seems like the kind of man who could be left alone with your wife/girlfriend without popping his dick out and pointing at it expectantly.

Owen Hargreaves – too injury prone. So unlucky, Owen Hargreaves can barely move without breaking something. Would rampant sex for money honestly be worth losing a testicle for?