Interestment’s Top Four: THINGS to expect in the Sun on Sunday

Welcome to the world, little Newspaper 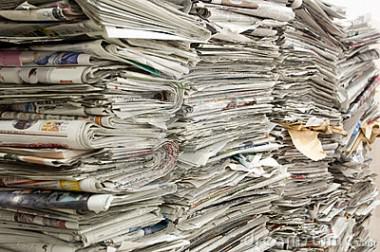 You may or may not have seen the banners doing the countdown, but they’re out there. Counting down to Sunday, when The Sun newspaper will be available – on a SUNDAY. That is some amazing shit right there. It’s always been available Monday through to Saturday, but for religious reasons it’s never come out as a Sunday paper. Too busy with morning worship through to evensong, they say. But now it’s here, and here are four things to expect… in no particular order. Feel free to add your own.

This very piece that you’re reading may be lacking in many things, but none more so than a spattering of genius puns. That’s because puns are an absolute nightmare to come up with. To put this in perspective, we’ve literally just spent four minutes attempting to come up with a pun of our own, and couldn’t get past “The Puns of Naverone” which neither makes sense, nor is it really a pun. But these Sun on Sunday guys, they’ll be punning their bollocks off 24/7.

Newspaper columns attract famous people like a good spray of Right Guard attracts pussy, which is a wholly inappropriate and disgusting way of saying that they love the things. God forbid they’d ever actually write them, of course, but just adding their big celebrity face, perhaps with an autograph beneath, adds weight not just to the paper, but gives the celebrity a bit of intellectual kudos too. It proves that they have independent thoughts. Independent thoughts which they bumbled haphazardly to a ghostwriter to clean up and make sense of. But who will it be? Al Pacino? Damian Hurst? Ice Cube? Florence and the Machine? We literally don’t know.

The consensus amongst sensitive men is that Aunt Sally or whatever she’s called in the Sunday Times Style section gets a bit wordy with her advice. It’s all “look inside yourself” or “have you thought of this…” bullshit. But what if you haven’t got time to look inside yourself? What if you’re having real relationship problems, and you just want to zip off a letter explaining them in relative detail to a national newspaper, aiming to get it all sorted quickly with proper, doable advice? We’re not sure, but we fully expect that the Sun on Sunday will provide this.

4. The cartoon about the bloke

When they were frantically clearing out their desks at the News of the World, the popular cartoon about a football player having sex with absolute belters probably went in the old shredder. No one will ever know what happened in the end. Did he ever settle down? Did his fat manager have the expected heart attack he’d been dodging all these years? Perhaps now we’ll find out. Or not. But we might. You never know.

2 Responses to Interestment’s Top Four: THINGS to expect in the Sun on Sunday