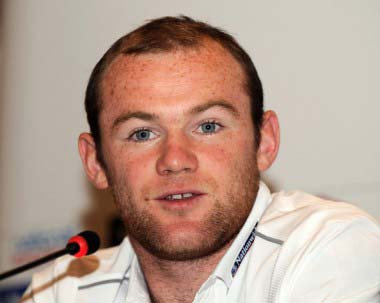 It’s international week people and if you thought that’d mean a much needed break from the drama of the new season, you’d be sadly mistaken. If England’s star striker being subjected to trial by News of the World wasn’t enough, there was actually some football action to enjoy too!

England comfortably saw off a piss-poor Bulgaria side 4-0 at Wembley, meaning Fabio Capello could enjoy being England manager for five minutes or so. Wayne Rooney played a blinder and Fabio was quick to take some of the credit:

England travel to Switzerland for their next qualifier, so let’s just hope Rooney can ‘be free’ when he plays away. Oh hang on, I think I read something that suggests he’ll be just fine.

Elsewhere in England’s group, Wales were miserable as they lost 1-0 to Montenegro. Their manager, John Toshack, explained what went wrong:

Maybe Toshack should take a leaf out of the book of his predecessor Mark Hughes who’s been getting all touchy feely with his new Fulham striker Bobby Zamora. Apparently he’s ‘quite a package’. There you go John, don’t be shy: get stuck in! Just remember that cold hands are a real mood killer.

Meanwhile, Giovanni Trapattoni has tried to reassure Ireland fans over Richard Dunne’s fitness before their crucial game against Armenia:

We’re with you Gio, there’s nothing quite like making a little circle to prove you’re in tip-top shape.

And finally, Interestment’s favourite eyebrow hooker, Carlo Ancellotti, has ruled out taking over as coach of Italy any time soon. He’s got much bigger plans:

‘I want to open up a cycle with Chelsea’