Go mental everyone, weekly football is BACK! 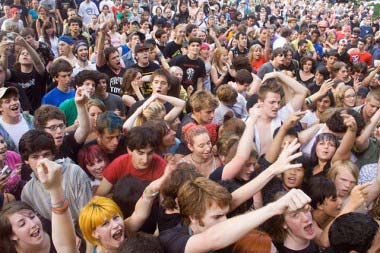 The Premier League is back! So what has the first weekend brought? Loads of proper exciting drama, that’s what.

Newly promoted Blackpool started the season in fine style by making the short trip to Wigan, spanking them 4-0, and returning home in time for last orders at the Pleasure Beach. And sure enough, Ian Holloway couldn’t help but boast after the game:

‘I’ve had those lads twice on the grass’.

Erm, OK then. Well, I suppose the grass is a better choice than the beach. The sand gets everywhere.

Meanwhile it’s business as usual for Chelsea who nonchalantly smashed six past West Brom. Carlo Ancellotti wasn’t getting carried away though, he simply hooked an eyebrow and mumbled: ‘We did our job. Nothing special’, before returning to his frankly mediocre post-match snack of lobsters, foie gras and diamond encrusted Ferrero Rocher.

Meanwhile, Aston Villa fans still smarting from the shock resignation of Martin O’ Neill have felt the deep burn of handfuls of extra salty salt being rubbed into their gaping wounds. It turns out Diego Maradona (yes, The Diego Maradona) has decided that he wants the Villa job as he ‘loves the English countryside and your respect for privacy’.

If by some ludicrous turn of events Diego does end up managing in England, expect the tabloids to be printing vomit-inducing ‘upskirt’ shots of him attempting to ride a horse within hours.

And finally, Steve Bruce has admitted getting an elbow in the face is all part of football:

‘It’s impossible to jump without your arms out. It’s why I’ve got a face like I’ve got.’

That’s quite the incentive for any aspiring young footballers out there.