Iggy and The Stooges, Raw Power 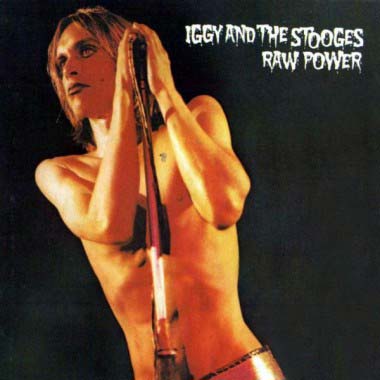 Iggy Pop appears to be enjoying another blast in the sunshine with the latest reissue of Raw Power hitting the shelves.  Accompanying the release have come a glut of live performances, in which he still insists on removing the majority of his clothes, regardless that the effects on the eyes would be much the same if your sagging grandfather mindlessly wandered into the lounge completely naked on Christmas morning. It’s no longer such a great look. Anyway, enough of that, and on to the cover of the album, on which you find the bold title “Raw Power”, sitting beside a rather subdued topless could-be transvestite. It is, of course, Iggy himself. But “raw power” it isn’t. Raw power would be a lion taking a horse apart, or a monster truck spitting fire from an exhaust pipe. Raw power is rarely encapsulated by a skinny man in make up. But, sod it, that’s enough hairs split, because the album is a corker, and it’s rather more true to the concept of raw power in sound. Below is proof of this….

One Response to Album covers analysed: Iggy and The Stooges