Including this strange and curious breast feeder 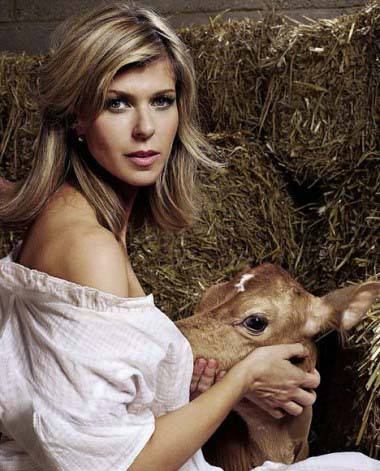 A few weeks ago, it was put to the Interestment Family to list their own personal discoveries from the last ten years – whether they be people, inventions, pop groups, films, or even things that have been around for ages, but never truly appreciated. The list was whittled down to the 100 best things, and from now until New Year, we shall be listing them all, just for you. Today, here’s another twenty… 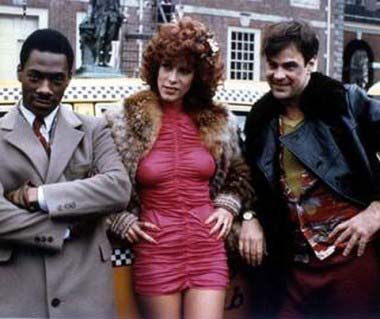 I have always wanted one, and 2009 felt like the right time to buy one and wear it with confidence. And you know what? There are millions to chose from, so take your time, try on about a hundred and then go for the one that makes you feel really good inside. Or just choose one that makes you look like a character from Trading Places. Either way, you’ll look instantly fashionable and totally sexy.

If Jessica Rabbit was your best mate’s mum, she’d look a bit like Kate Garraway. With a body carved entirely out of good things, and a brain and sense of humour to boot, the woman is a pretty much perfect. Plus she can drink. Kate doing a ‘yard of ale’ on Gordon Ramsey’s ‘The F Word’ is quite possibly the greatest thing to ever happen anywhere, ever. A phenomenal women.

Most people have forgotten that he was even in a boy band which is testament indeed to how Timbers emerged as one of the best pop-performers of this decade. Even the poo-pooers had to agree that Like I Love You was a suitably robust, non-mincey primary release for an ex Nsync-er.  Hooking up with the Neptunes and Timbaland didn’t hurt either, and JT also scored points for doing Urban as a white boy without making you want to punch his wooftery face in.  Is also considered ‘hot’ by the vagina-toting masses. 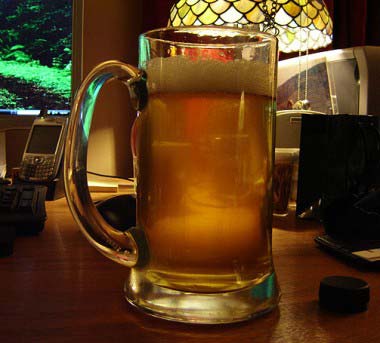 I re-discovered this delicious and refreshing alcoholic drink in 2008, and I am so happy I did. It’s cheaper than wine and you don’t end up crying at the end of the night. Result.

Silverman specialises in edgy comedy delivered innocently, which is a bit like if a nun started flirting with you… in a way. Anyway, we would literally be totally in love with her had she not infuriated an entire audience at the Hammersmith Apollo a year or so ago with a very lazy performance. She was a big disappointment that night, but, when it comes to current female stand ups, she still takes some beating. 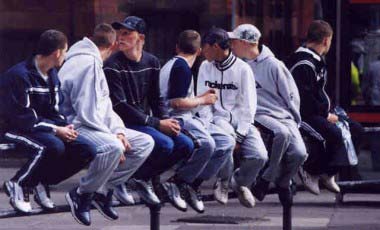 The Burberry-clad, micro-class elevated to cult status in the early noughties provided the media with an effective way of pigeon-holing people who appeared to spend all their money on looking cheap. Defined by Wikipedia (somewhat harshly) as ‘an aggressive teenager, typically unemployed or of working-class back ground who repeatedly engages in anti-social behaviour such as street drinking and rowdiness.’ Ironically, the people who invented this label in order to distance themselves from it, did a far better job of exposing a very typically English-class snobbery.  Best not mention Goldie lookin Chain. 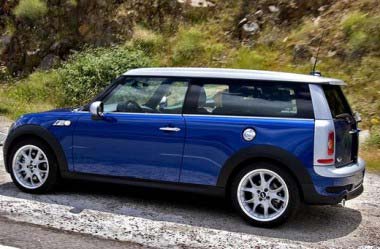 The original Mini was and remains a work of design brilliance. Scribbled on the back of napkin, it was a faultless piece of machinery. Well apart from being totally tiny. So, when BMW launched the new Mini in 2001 there was an almost impossible level of expectation. “It’s not very mini for a Mini!” we cried. But it was everything else it possibly could be. Sleek, sexy, and with a Cooper version that goes like the clappers, it has provided a sequel of Empire Strikes Back proportions.

Imagine Cheers run by total maniacs, and you’re somewhere close to this brilliant US sitcom, that has flown slightly beneath the radar on these shores. Themes include: racism, abortion, underage drinking, cancer and guns. And that’s literally just the first five episodes. It’s edgy. 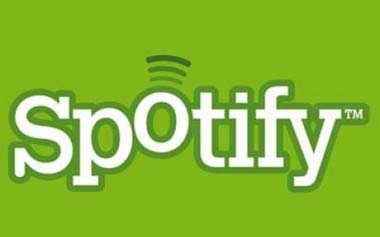 Swedish peer-to-peer streaming music service providing an endless cornucopia of oddities and rarities, out-stripping Last.fm and Deezer in its range of back-catalogueness. It’s main distinguishing features of joy are: it’s speed, it’s free-ness, it’s idiot-proof usability, the fact it’s legal and that it hasn’t gone under yet.  Even the polite ads that one is asked to endure if you haven’t upgraded to ‘Spotify Premium’ are neither as prolific or irritiating as you would expect  from online radio offering pretty much every song ever  for  presicely squat. Plus there’s no Chris Moyles. 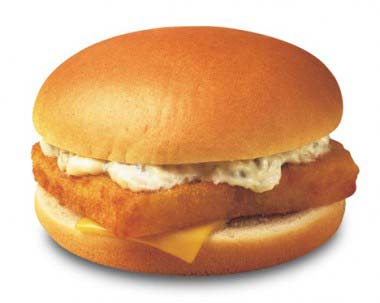 For years, the Filet-O-Fish was only notable for kids running around playgrounds hysterically yelling “and a Filet-O-Fish for my wiiiife” in an array of foreign accents. But, as it turns out, they’re totally delicious. Interestment was the victim of a cheeseburger/filet mix up a during 2008, but rather than turning on a sixpence and barging back into Mackey D’s to scream at demoralised counter attendants, we reluctantly gave it a go. And guess what? It tasted of fish, cheese, and tartar sauce – like a really excellent fish finger sandwich. Originally drafted onto the McDonalds menu so that greedy Catholics could still wolf down fast food on fish-only Fridays, it’s now on the Interestment menu every day. Well… some days anyway. 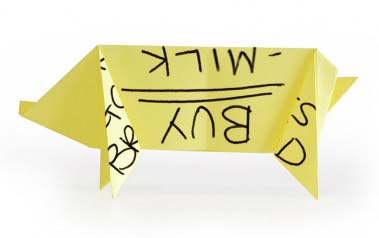 Like note-paper on LSD, excitingly-shaped Post-Its transformed a naggy ‘buy more milk’ reminder into an artistically infused, transcendental moment. Office-party liaisons in the stationary cupboard were no longer for illicit trysts, but for sneakily stocking up your home stash. Including speech-bubbles (for one word insults on a colleague’s desk), neon (for disco-related reminders) and hearts (to soften the blow when reminding the recipient it’s their turn to empty the litter tray). So fun, bosses have to really try hard not to sack people via gun-shaped ones stuck to their computer monitor.

We’ll front up. Interestment were going with Tiger Woods in this slot up until the last two weeks. But his behaviour has gone too far – we simply can’t condone any man who “indefinitely retires” from a sport just because his wife is a bit angry at him. So we’d like to thank Pietersen for standing in at the last minute. Quick review of his decade  – Ashes, hitting Lee for six, that haircut, slog sweeping Murali at Lords, captaincy blah blah. Just keep your nuts in their packet please KP.

Gentle, intense, arm-hair-raising guitar business offering a rare, quiet port in the surrounding fun storm emitting from Dizzee Rascal, Girls Aloud and anyone wielding a vocoder. Justin Vernon made his majestic, twinkly album of haunting, pared-down loveliness to get over his ex-girlfriend whilst living on his tod in a cabin in the woods. Any ‘best of chart’ for the last decade will contain For Emma Forever Ago. We bet you a whole pound on it. 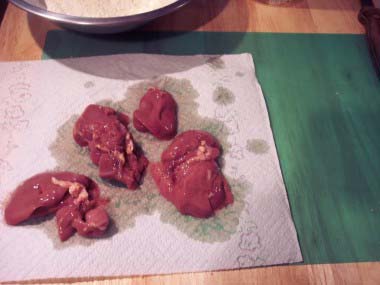 I hate Liver. I never have liked the powdery, organ-flavoured lump of “meat”. But I have to say, I tried Chicken Livers finely sliced with mince in Spaghetti Bolognaise (“when in Rome…”) and it was deeeelicious. Honest! Try it. It’s the food discovery of the 21st century so far… sort of. 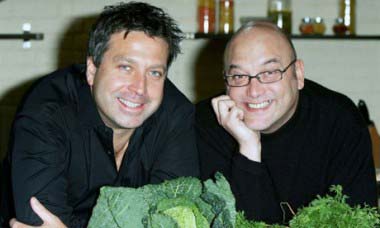 The only cookery show likely to make you weep, it’s like the X Factor, but without the mentally ill people getting cackled at by a table of judges all nudging one another and laughing because someone brain damaged thinks that they can match Mariah Carey for popstar fizz. In this case, none of them can ever quite handle the professional kitchen, and to win Greg over, you’ve just got to bake a great big cake. 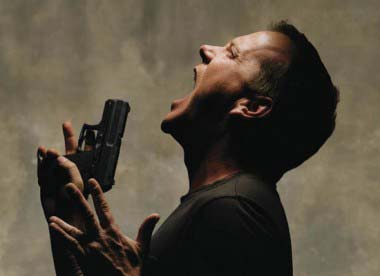 If there was ever a series guaranteed to bring on a coronary, here it be.  It was like Mission Impossible on smack – but even better than that, was the revolutionary premise that we, the humble audiece got to watch Whispering Jack Bauer of the CTU rescue his kidnapped family  and save the world IN REAL TIME (they even had a digital clock counting down throughout to really over stimulate the old adrenals).  Watching a complete season i.e. twenty four episodes of an hour each in the space of a real day spawed the practice of boxset bingeing.

The last few years have been marked by the smudge of a million internet heroes. A personal favourite is a moving love song by a beautiful young man (above). 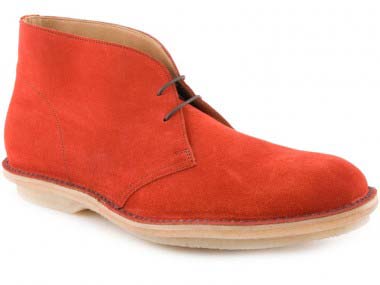 A big hit from the people of Clarks, and the perfect Winter/Autumn shoe. These first came to the fore in 1950, when a man called Nathan Clark modeled a zany new ankle high “boot” on the footwear ordered by British Army officers working out in the deserts of Cairo. Since then, they’ve been very popular in Jamaica, particularly amongst Reggae bands. And now they’re back! Big time!

Call it what you will, “a web 2.0 revelation” or “the biggest thing on the Internet since Al Gore”, Facebook is basically what MySpace was in 2003, but without all the shit bands. Many amazing things have been done with Facebook, including lots of incredible targeted marketing and getting an X-Factor cover of a famous protest song to Christmas Number One this year (we think it was by Bob Dylan originally, not sure). Facebook currently has 9 billion subscribers, which is more than the population of planet Earth. 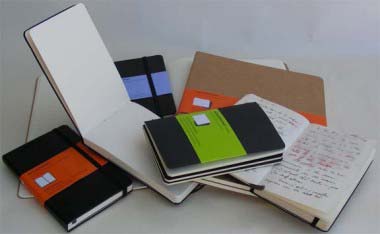 Owning one, you immediately join the artiste ranks that include Ernest Hemmingway and Matisse (even if you are using it to write your shopping list rather than plotting a novel whamped on Absinthe). Distinctive elements include: external elastic band, ribbon bookmark, a sewn spine, posh, cream paper with rounded corners and a mini pocket inside the back cover. Owned by stationary geeks who insist on using a fountain pen for everything. The iPods of the diary world.

One Response to Interestment’s Top 100 THINGS from the last Decade: 21-40