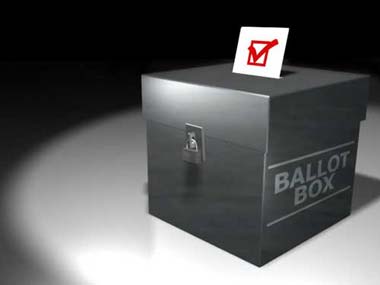 Like most people, I worry I’m not democratic enough – that my decision-making process has just a whiff of fascism about it. I’m such a totalitarian ruler of my own thoughts and actions. It can get quite depressing. Usually I suppress these thoughts with an iron fist, executing dissenters and brainwashing the proletariat. But I digress… With this in mind it will come as no surprise that upon encountering the physical embodiment of democracy – a ballot box – on a market stall, I passed a law of Richard stating I would buy it. At just £10 it worked out at £10 per citizen. A true bargain. The minute I parted with the money I felt a great sense of hope. Of a changed destiny. I felt like a Barack Obama candle. I bought that too. And now, as the proud owner of a ballot box I have become more like Sweden. Whenever I am faced with a challenge I submit my thoughts through its mouth of freedom. As it doubles up as a bedside table, I sometimes accidentally submit other things to it; pens, earrings, crisps, etc. All of which remain in its wooden stomach like buried treasure, partly because it awakens the romantic in me, partly because it came without keys.