Some great sounds to accompany Come on Eileen 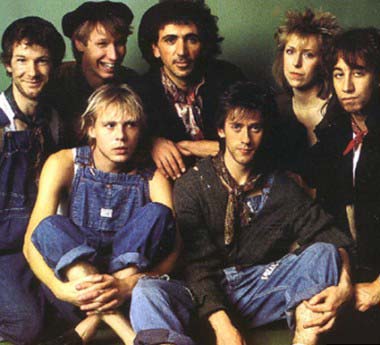 Don’t get us wrong, we secretly adore Come on Eileen – it’s an overplayed but underrated track. It’s been a dance-floor staple at weddings, discos, and house parties for years. You can add the likes of Chic, Abba, Wham!, and Blondie to that list too. Plus, you’ve got all the new Beyonces, Timberlakes, and Girls Aloud clogging up sound systems around the country on a Saturday night. With so many party tracks to choose from, and all of them just a click of a button away, it’s a grinding process sifting through the muck to find new and exciting sounds that will really make your evening stand out. So, with that in mind, we thought we’d have a look through the Interestment record collection, and select a few lesser known tracks that you should perhaps slide into your party playlist. Guaranteed floor fillers, all of them…

A magnificent old soul track, this one always ends with about a million people asking where to find this intriguing early Michael Jackson record. But it’s not Jackson at all, it’s a young MJ-alike called Foster Sylvers, recorded in the early 1970s, then remixed in 1986 (above). If you find that people aren’t dancing, or at least nodding along, to this, then you would probably be wise to demand that they leave immediately.

2. The Bodysnatchers, Ruder Than You

It’s always important to get the girls dancing at a party – once they start, the boys will soon follow. And one thing that we’ve noticed about our fairer colleagues, cohorts, and bed partners, is that they love songs about female empowerment – and rightly so. The above record is a big Two-Tone score for the sisterhood, as The Bodysnatchers explain that rude girls can be just as rude, if not ruder, as rude boys. All set to a bouncing rhythm that makes it very easy to dance along to.

And again, a doff of the cap to the womenfolk, courtesy of our number one all-girl group, ESG. It’s got a funky bassline, screaming guitars, and an almost cheerleader-like vocal, which suggests that these women might sound cutesy, but they’re not to be messed with. It tiptoes the line between late funk, and post punk rock almost perfectly. Great band, ESG. Just brilliant.

It’s such a shame that people don’t rollerskate anymore, because the craze spawned some absolutely magnificent dance-floor music in the 1970s and 1980s. Above is probably our favourite ode to rollerskaters, just ahead of Bounce Rock Skate Roll by Vaughan Mason. It’s a blinder, but very very hard to find.

Chances are that there will be some young men in trousers hoiked up to a midway buttock point at your party – they’re always knocking about. And unfortunately, if it’s not urban, they won’t dance. Hence, you might need a record like this to stir them from their spliff-smoking slumber. It’s a marvelous remix, that cobbles together Damian Marley and Dead Prez quite brilliantly. Lots of hands will be in the air for this one. Promise.