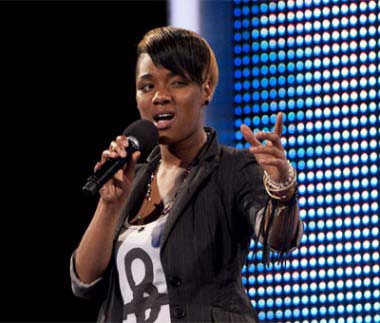 Well, that saw the parameters of rock music stretched harder than a Loose Women girdle. No Led Zep, no Slayer. Instead the audience was left to bang heads to Keane, Katy Perry, and the greatest Heavy Metal band of them all – The Beatles. Next week, we’re looking forward to the disco night, which promises excellent renditions of hits by East 17, Bob Dylan, and The Pistols. Should be a corker, that. Anyway, nitpicking put aside, it was another classic episode of X Factor, which featured Cheryl Cole wearing a Scalextric, and Simon reminding the public that “it’s a singing competition”, which must be the worst disguised barbed comment aimed at John and Edward since we pointed out that their haircuts were “interesting” a few weeks ago. 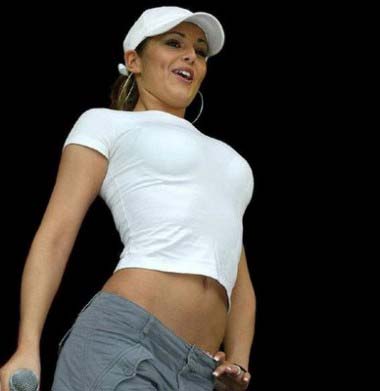 Kicking things off for Cheryl’s (pictured) boys was Joe, the most toothy singer in the competition, who wasn’t always so thin. He used to be really quite fat, which adds a spot of authenticity to his weekly blue eyed Luther Vandross impression, but doesn’t make him particularly convincing as a rock star. He did well enough to seduce the public into voting for him, as he sang in front of a troupe of shirted dancers who made the Interestment Gaydar go absolutely ballistic. Black Sabbath it was not. Next up was Lloyd, who found himself in the bottom two for a couple of reasons. Firstly he was appalling. Secondly he removed all impact from a Katy Perry song about dabbling in lesbianism by taking a girl-on-girl scenario and making it boy-on-girl. We’ve all done boy-on-girl Lloyd! What’s your point? He survived the sing-off, rather ridiculously. 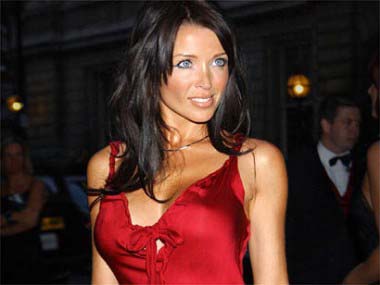 Then came Dannii’s girls, with Lucie Jones, who wore a chain mail top – presumably as a cap doff to the olden days in Wales, when people had to fight dragons, drive rusty swords through English hearts, and turn a nationwide coughing epidemic into a language. It worked as something of a lucky charm, as she aced her way through Guns N Roses, much to the judges utter delight. Cheryl even took it upon herself to declare Lucie as the new Avril Lavigne, which was meant as a compliment, but could easily buy you a karate chop to the face in the wrong Welsh pub. Next came Stacey, who sounds like she’s just seen a ghost in the corner of the room whenever she breathes between sentences. She performed a Keane song, and everyone seemed happy enough. She might even win the thing, that Stacey. And then on to Rachel, who won’t win, because she was axed by the general public. Yet, she was the best of the night, with a decent Mary J version of U2, and, unlike last week, she didn’t act like a gibbering cock during her interview. None of it worked though. They never quite got her hair right. 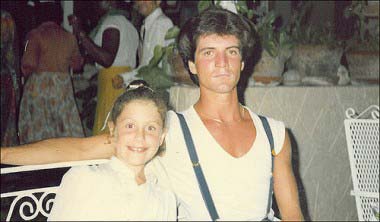 This week, Olly was spared the opening spot for Simon’s (pictured) Over-25s, as it went instead to Danyl. Danyl who felt that he let everyone down last week. Danyl who has been compared to Hitler by someone on Twitter. Danyl who starts every single song as though he’s already poking it inside his lover, then ends on a howling orgasm crescendo, before practically falling asleep during the judges verdict. Danyl who we shan’t be voting for. Jamie then explained that he doesn’t do anything in life “averagely”, which might explain the hair, but shed little light on his boring performance of rock-by-numbers, which came with an accompaniment of Kandy Rain-inspired backing dancers. And Olly wrapped things up for the elderlies by tearing his shirt open to reveal some rather startling chest pubes. The pubes kept him in. 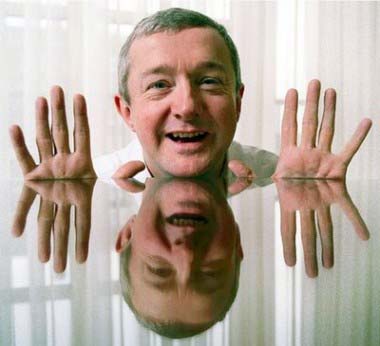 Finally, John and Edward – the Eraserhead twins, Louis’ (pictured) boys, who proved this week that sometimes there is a trace of telepathy between these kinds of siblings. They sang We Will Rock You to a twice-the-speed backing track which was taking place in their communal heads, much to the sheer confusion of the entire audience. Somehow, they’ve managed to become steadily worse at singing, as if they’re actually regressing on live television. Fast forward three weeks and they’ll be sitting in push chairs yapping barely audible sentences into the wrong area of a microphone. Hence, twins to win!