Sadly, not including these women… 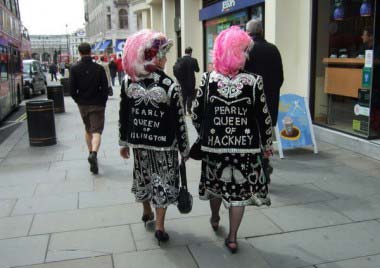 Traditions make us feel all warm inside. They are the glowing beacon of comfort in a country fraught with Recession and misery. You can always rely on a tradtion to cheer you, provide stability in a chaotic world. And cause all sorts of familial ructions when you have something else you’d rather do. Here are our favourites…

Agree? Disagree? Have we forgotten any glaringly obvious ones? Let us know with a lovely comment!

1.Visiting B&Q on a Sunday 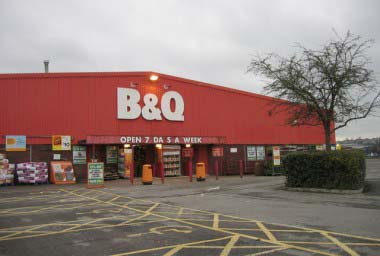 God used to be the big Sunday draw, but these days it’s edging shears and laminate skirting that has the British public shouting “hallelujah!” and digging out their best hat. After lunch, all the family gets dragged, screaming into the Mondeo by dad (who just wants to go and drool over power tools) to walk glaze-eyed amongst light bulbs and sacks of woodchip. Even if you loathe the very idea, wandering B&Qs aisles has an oddly Valium-like effect that even the most militant of the anti-suburbia brigade will find relaxing. 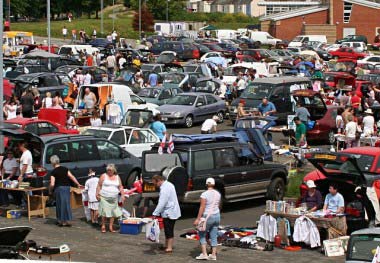 If Sunday is B&Q day, then Saturday is Car boot day.  It appears only the Brits have an inexplicable fondness for spending their weekend in a drizzle-soaked, sodden field occupied by a caravan vending bacon sandwiches and people with a wealth of ailments, injuries and missing teeth  flogging tat from a wallpaper-pasting table.  There will always be horse-brasses on sale, someone selling medals and one stall with only three items on it.   However, many a musical, vinyl-based gem has been unearthed at a lowly CBS and for that reason alone they must be allowed to thrive.

3. Backing the underdog (then kicking him when he’s famous) 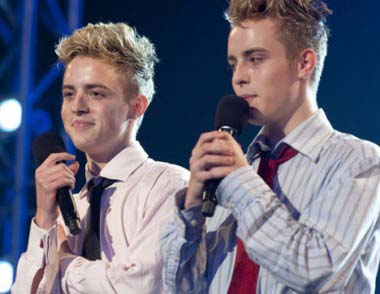 We love underdogs – the defence presents exhibit a: the talent-less Grimes boys.  Perhaps being a small island has given us this, “let’s big up the little man” mentality. Or perhaps it’s simply an unavoidable trait, engendered of being pretty crap at everything vs. the rest of the world. By the same token, we will without fail shoot down in flames anyone that gets too big for their boots (i.e. successful). They will then sod off to America to avoid the endless, destructive criticism and we will more vehemently castigate them for this show of treacherous desertion. 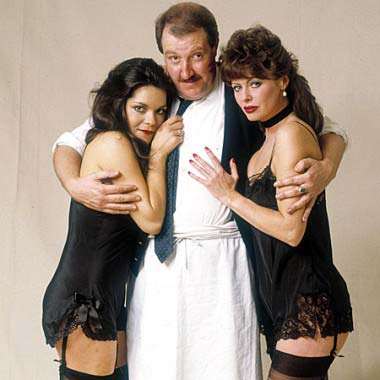 The British are energetically Xenophobic and the French tend to get the worst of it. Why this is isn’t quite certain, but it might have something to do with an underlying jealousy that the French have a leisurely 35-hour working week, start drinking at around 12.30 in the afternoon every day, are good at sex and smoke wherever they want. Fortunately, their pop music is terrible or we’d have all emigrated by now.

5. Drinking tea in a Crisis 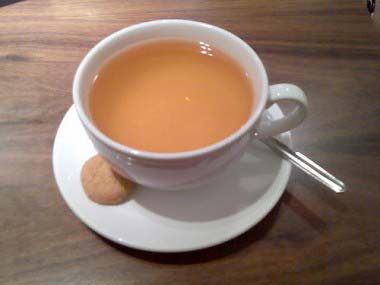 Tea is this nation’s emotional sedative and “I’ll put the kettle on” has to be one of the most comforting phrases in the Albion tongue. Even if your parents have just been brutally murdered, your house has been torched to the ground or you’ve just walked in to find the love of your life nakedly astride your best pal, a cup of char makes everything alright again. And if you’ve got a biscuit to go with it, why! you’ll even pay for your best mate’s cab fare home! 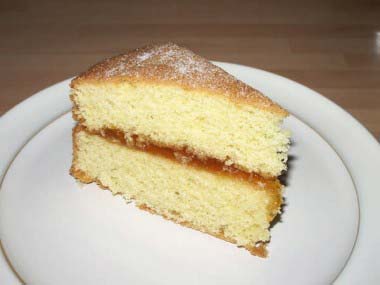 The rest of the world mocks our culinary retardation but we don’t care a fig because having a break at 11 o’clock for a cup of tea and a slice of cake/KitKat/crackers and cheese more than makes up for Turkey Twizzlers, suet dumplings and Marmite. It’s not just a snack to see us through till luncheon – it’s a TRADITION that allows us to down tools and put the kettle on. So screw you and your gastro-elitism, Team France. 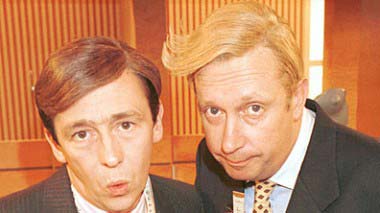 Woe betide the All Bar One that has “Garlic bread” written on a blackboard within eye-shot of a twenty-something year old gentleman and his Stella-ed up comrades as the phrase will consequently be shouted in a faux-Bolton accent for the next three and a half hours.  Obviously getting funnier and funnier.  It’s uncertain where to lay the blame for this bizarre pillock- bonding ritual based on inane, one-liner parroting (Harry Enfield or The Fast Show?) But for some reason, we love it. 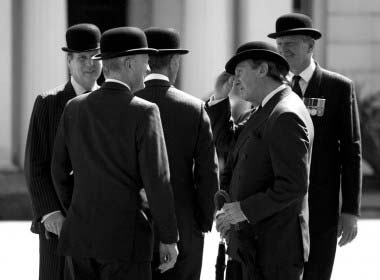 Although this shouldn’t really count because have you ever met a Brit who is really polite? Is it us or does that politeness carry an underlying menace that all those years of being polite and suppressing anger and outrage will suddenly burst out, destroying which ever branch of Starbucks they got queue-jumped in again today?  There is no other country in which “No, really, its fine” means “when you’re gone I’m going to hunt down your family and kill them.” Which makes us somewhat paradoxical in this respect.

Why we particularly love hanging onto these small sachets of condiment, despite the fact that they will languish in the fridge/handbag/car glove box for years and years and we have full bottles of them at home already, is a mystery.  Old people particularly love hoarding the things, but this is understandable as they are likely still haunted by the spectre of rationing. 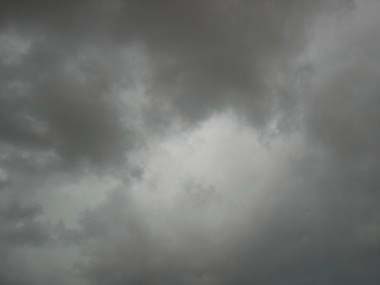 Statistics show that Britain is one of the most overworked nations in the world, which is probably why we go totally berserk when the national calendar gives us an extra day off.  Honestly, we go nuts: drinking, flying kites, eating ice creams and every man jack of us going to Brighton for the day. In the rain of course.  This disproportionate enthusiasm may be due in part to that Politeness (abovementioned) which sees us constantly hunkering down to 22-hour days and quietly having a heart-attack at twenty eight. Or maybe we’re just secretly trying to be more French.