Including this funny show… 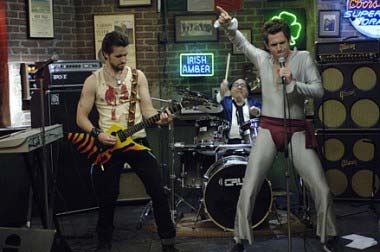 Look at you, you’re amazing. You’ve got an iPod with everything from Fatboy Slim to The Kings of Leon on it – yeah, you’ve probably got 5000 songs or something. You enjoy checking your iPhone. And you’ve got all the greatest TV shows on DVD – The Sopranos, The West Wing, The Wire. You’ve stocked up on comedy too, with Peep Show, Family Guy, Curb Your Enthusiasm, Spaced, Seinfeld. The only problem is, you’ve pretty much seen the lot, so now you find yourself actually watching normal television, like an old person. This, quite frankly, is becoming embarrassing. So, go bloody bonkers with joy, because from today, and into some area of next week, we’re going to be recommending less successful TV shows, albums, and movies that you should think about giving a go – all in beautiful clusters of five… like fingers. Today, it’s the turn of some very decent DVDs that would sit quite prettily in your collection… 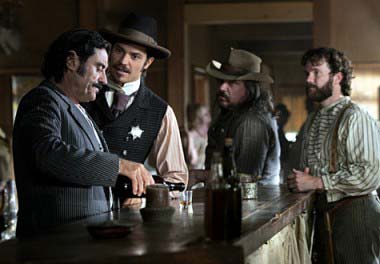 A moderately popular HBO show, this interpretation of the Wild West is as gripping as a decent soap opera, and more hairy-sweary than an uncensored knitting circle. Plus Lovejoy is in it, playing Al Swearengen – one of the finest television characters ever to grace the small screen. He’s the owner of a local brothel, and the real pantomime bad guy of the show. If you like cowboys, but hate seeing them snog each other in tents, then this could be right up your alley. Three wonderful seasons. 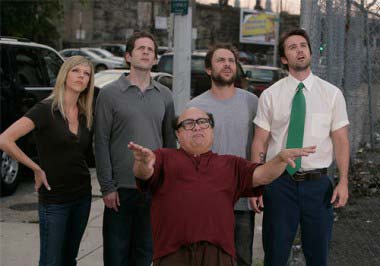 One of the finest comedy shows never to quite set these shores ablaze, this follows a group of dysfunctional egomaniacs attempting to run a bar. Imagine Cheers run by angry teenagers, and you’re somewhere close. Now, you might need one of those DVD players that can handle US region one, but the word on the street is that most machines come with the ability to read just about everything in these zany, futuristic times. An added thrill is provided by the appearance of Danny DeVito as a regular character from season two onwards. Themes include: racism, abortion, underage drinking, cancer and guns. And that’s literally just the first five episodes. Edgy stuff. 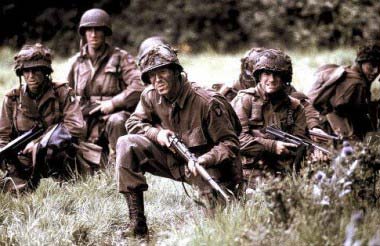 If you didn’t catch this when it was on normal telly a few years ago, then the Band of Brothers box set makes for excellent binge viewing. It’s the story of a group of US soldiers fighting during the Second World War – including Donnie Wahlberg from New Kids on The Block, David Schwimmer from Friends, and Damian Lewis, a flame-haired Englishman doing spot-on American. And it’s literally better than any war film that you will ever see, with the possible exceptions of The Guns of Navarone, and Apocalypse Now. Very harrowing, it comes partly from the genius mind of Steven Spielberg. In that he was the Executive Producer. 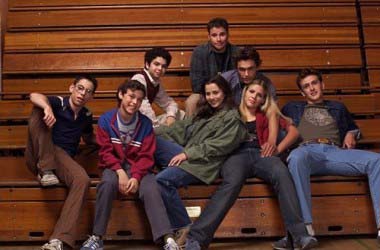 Freaks and Geeks has something of a cult following over in America – it was cancelled before the first series had even finished airing… or something. Anyway, it was the brainchild of Hollywood’s now-favourite son, Judd Apatow, and centres on a gaggle of High School kids in the 1980s – some of them young geeks, others rather older freaks. Hence the name. And the great news is that it really is an excellent show, which sits somewhere in between The Wonder Years and Heartbreak High. Only it’s funnier than that sounds. Again, you’ll need a nifty DVD player that can handle US discs. 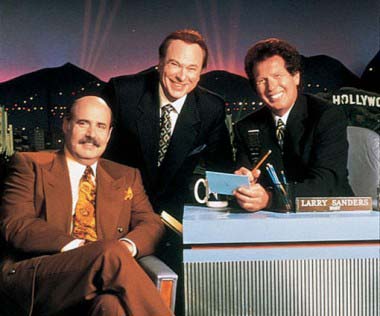 The infuriating news is that a full scale Larry Sanders DVD issue looks like it mightn’t ever happen. Which is a total shame, as that would mean six seasons of pure, pant-wetting joy. Still, you can buy a couple of decent compilations, including The Best Episodes – which features just seven half hour outings – or the far more rich and nourishing Not Just The Best of The Larry Sanders Show, which comes with twenty-three episodes from the six seasons, and plenty of extras – one of which is a rather pretentious “making of…” which should be avoided at all costs. That aside, this is definitely one of the must-have comedy DVDs. One of the greatest shows ever made.