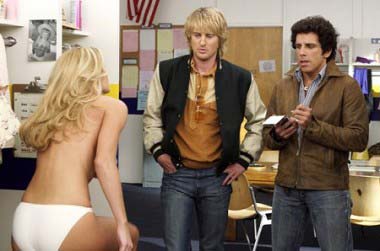 Once upon a time, when we all had far too much money, and not enough time to shop, jackets were bought in sets of five, and if you really wanted, you could rotate them on a working-weekly basis. They weren’t really needed at weekends, as most of us were shipped around town in warm cabs, or just too damn frightened/tired to leave the house. Hence why, in the grips of this cold nuclear winter, you might see tramps wearing five different coats at the same time, as they ask you for money in a voice that once belonged behind a desk, or in an exclusive sex dungeon in a posh area of town. These are weird times indeed, and probably not great for expensive jacket manufacturers. Which is exactly why we go totally berserk with glee whenever we catch wind of a wonderful bargain! Just this weekend, friend of the site Dennis stumbled across a magnificent discovery in his local Let’s All Be Nice to Grandmas – or some such. “I’ve always been a fan of those old American baseball jackets,” he told us over a plate of fries washed down with a chocolate milkshake, “so when I saw this, I tried it on, jumped for joy, and then bought the blinking thing!” Sure enough, he was wearing it as he spoke, and it did rather suit his vibe. It gave him a whiff of the Owen Wilsons (pictured). So come on Den, how much for this intriguing new coat? “Seven quid”