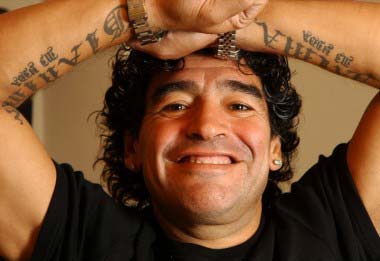 Well, for those of you who didn’t get to watch it – which would’ve been, well, everyone – England managed to lose a World Cup Qualifier against the Ukrainians over the weekend. “Boo!”, right? Actually no, you can turn those boos into woos, sister, because no one gives a shizzle – the team is already off to the World Cup having qualified in the previous game. So for once, no one claimed that the wheels had come off, or that England were a total shambles for losing a game. It was really weird.  Even the normally despondent Fabio Capello – with his face like a half-chewed piece of gum – was in a jovial mood afterwards, preferring to focus on the importance of Duran Duran to modern pop music, rather than talk about his team:

We concur Mr Capello, but don’t go mentioning it to Stevie G, you know what happened the last time someone didn’t agree that Phil Collins was the dog’s danglies don’t you? That’s right, there was a gentleman’s handshake, they agreed to disagree, and then someone got chinned.

More masterstroke management came in the curvaceous form of Diego Maradona on Saturday night. Dumpy Diego made a frankly ludicrous seven changes to his Argentina team that scrambled to a crucial victory over Peru in stoppage time. A disappointingly uncool 94th minute winner saved the day – tsk, that is so last season, it’s all about the 96th minute this year. Brazil would’ve known what to do. Brazil are brilliant.

But, rather than bathe in his own undoubted scattergun genius, Maradona instead muttered some pseudo-biblical gibberish about the wind and miracles, and a hand, and God… before attempting a Klinsmann-esque slide across the pitch! A belly flop of epic proportions was duly executed to perfection. Never a dull moment with that total maniac.

“The preference is for a team we can beat.”

We can only assume that to be Plan A.