No room for this princess… 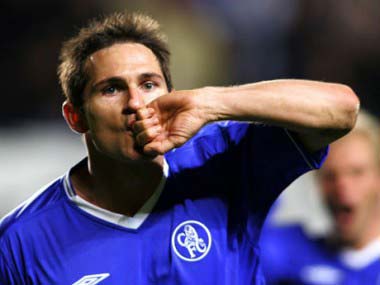 From now until somewhere around the sunny months next year, everyone is going to be talking about how England might win the World Cup, and who should play where. Seriously, literally everyone will be doing this. Even your gran and auntie might come to savage blows after four sherries steer conversation into the path of a Gerrard/Lampard conundrum. Our way of solving that particular issue is simple – drop Lampsie.

Hence, we’re going to throw our hat into the ring very early on, and demand that Capello at least thinks about going with an interesting 4-2-1-2-1 formation. James in goal. Yes, James in goal. Then he can use the same back four as has become usual – Cheryl Cole’s appalling husband, J-Tizzle, her name is Rio, and Johnson of the Glenn. Then rather than one holding midfielder, go for two! That way Johnson can hurtle around barely defending, while Gareth Barry – one of a lucky handful of humans with two first names – and Michael Carrick, can trot around mopping up any mess just in front of the back four. It also allows Steven “Stevie G the G-Man” Gerrard to finally let his hair down, break loose from those shackles, and show the world that he can DANCE. We’ve chosen him ahead of Lampsie, because, basically, he’s much better at playing football. Put that in your pipes! And then up front, we’d have the Roonster working solo, while Joey Colemeister and Theo Theo Walcott get to busting locks, weaving magic, and falling over dramatically as a set of rotating “Number 10s”. 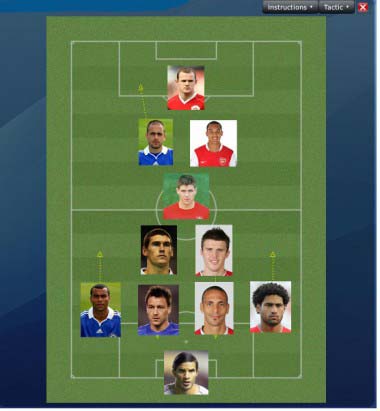