Yeah, she was there, dressed A BIT like this… 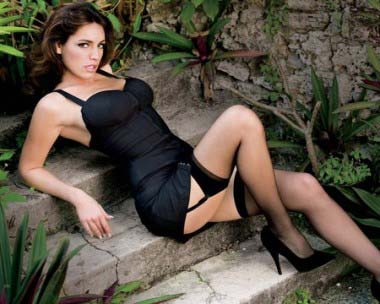 If you didn’t realise, it was the Pride of Britain Awards yesterday – yeah we weren’t invited either. But, even so, there was a rather ironic turn out, for the most part made up of people who had featured on reality shows, plus a couple of slightly impressive sportsmen. Their job was to sit back and slow-hand-clap normal people. Not celebrities. Normal people. The kind of normal, everyday people who they wouldn’t slow down to watch if they were cowering under a flurry of legs in a roadside beatdown. The kind of normal people they would sneer at if they dared request an autograph without any cameras watching. The kind of beautiful, normal people who had done something worthy of an air kiss from Myleene Klass, because they’re blind, but not moaning about it. Or they’ve had a torrid time of things, but can still muster a smile. Good people. Good, normal people. Yes sir, it was quite a night… judging by the snaps.

The extremely poor man’s Posh and Becks, Joe Calzaghe and Kristina Rihanoff, were there – looking like the kind of couple who might normally spend the evening thrashing around in a rage of angry intercourse. Peter Andre thought he’d bury his woes, and attend wearing a black suit, with a black shirt, and a black tie. Lineker turned up with Bux. JLS blew out Movida with Gaffney and Bowers for the night, in order to further enhance their career credentials by wearing shiny suits, with one of them sporting a dickie bow/neck ribbon that you might find on a 19th Century dandy. Whilst Ronan Keating thought fashion be damned, as he oozed up and down the red carpet, in conflicting outfits – a posh dinner jacket, leather trousers, and a t-shirt. The word on the street is that his first option was going to be a cricket jumper and swimming knickers. We got off lightly.

Also in attendance was Abbey Clancy – the recipient of Peter Crouch’s thin, lizard-like tongue prods – wearing a see-through dress, over the top of another dress, and Kelly Brook, Emma Bunton, and Cheryl Cole all turned up in little black numbers! Cringe! Vernon Kay was there with his dead-eyed wife, and Konnie Huq from Blue Peter rolled up, as she generally tends to. She likes a free party, that Konnie Huq.

In other important celebrity updates, there’s a rumour going around that Justin Timberlake‘s swift hamster-like hands have been frenziedly scuttling around another woman’s taut, impressive figure. His girlfriend in America (below) will not be happy. And Anton Du Beke made a racist comment, then immediately said sorry… two weeks later. 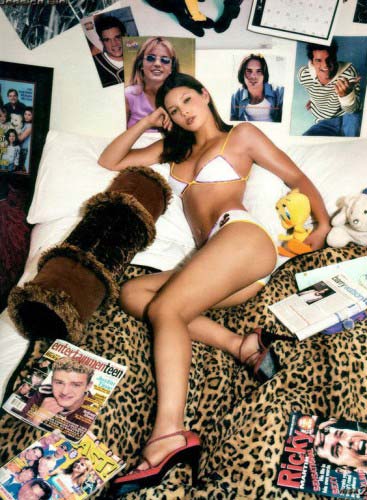