What the papers are saying… 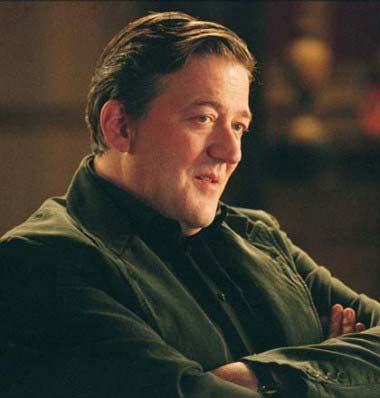 Politics: Labour has decided that its ingenious wheeze to allow 24-hour drinking wasn’t such a great idea after all, and Nottingham is to be the first city to implement government-approved bans on street boozing. Locals have gone out on the lash to celebrate. Most interesting Nottingham fact: it’s council leader is called Jon Collins (no relation to Joan).

Diet news: Stephen Fry (pictured) has lost six stone after becoming fed up with being “appallingly corpulent” and Madonna stuck a middle finger up to the gods and ate a yummy pizza in New York.

Health: O.C.D. has apparently become more prevalent than schizophrenia and manic depression, but perhaps this is because it’s being done eight times more regularly by sufferers. Countless celebrities also endure it, which is good news for picture desks across the land, who can now avoid using photos of ugly real people to cover the disorder. Indeed, superstar Cameron Diaz is reportedly unable to touch knobs with her bare hands. Which neatly segues us into…

Technology: Googlewave has launched and the world’s media offices rejoice as they now have even more excuses to avoid work when Facebook has gone offline, and the vending machine is out of choc bars; plus, this Christmas, poop-less pets available from Argos “will be all the rage” (announces someone who works at Argos).

Crime update: Cambridge teenagers lend their bikes to local plods to catch some criminals, who were subsequently caught because they were unable to run and laugh at the same time.

In Beauty: China’s hairiest man is gets laser surgery and aging human-beings can spend £575 on an Oralift – a mouth-guard that can “make you look younger and prettier.”

Finance: all of Iceland is bankrupt.