Some great ones didn’t quite make it… 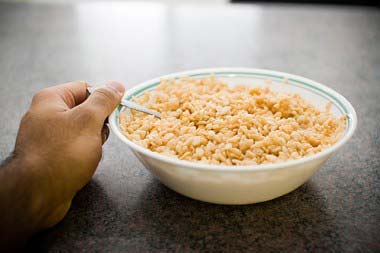 As a rule, we make sure that the first meal of the day is always breakfast. Sometimes we might miss it, then we’ll have a brunch, or an early lunch. Or just a normal lunch. Or din-dins. It all really depends on the time. Weekends are perfect for breakfasts involving cooked pig’s blood, and meats wrapped in stomach lining or bladders. But during the week, we prefer to spoon our first feast from a bowl, and these are the four greatest cereals to soak in milk and shakily lift to your eager, quivering lips… 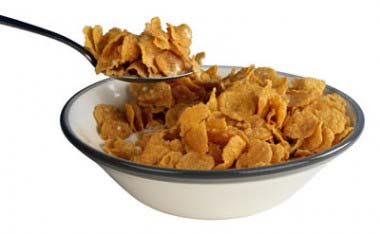 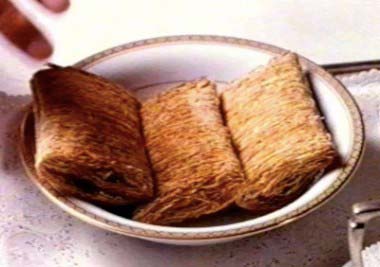 Real tough guys need something rather more solid and masculine for their breakfast, not your dainty little flakes. They’re too womanly. Hence, the cereal brick – notable amongst varieties of Weetabix, and Shredded Wheat. It was a close call between the two, but Shredded Wheat just edges it thanks to the macho challenge of eating three. Nothing floats a man’s onions more than a thrown-down gauntlet first thing in the morning. People like Beefy Botham or Steven Segal would definitely eat these. 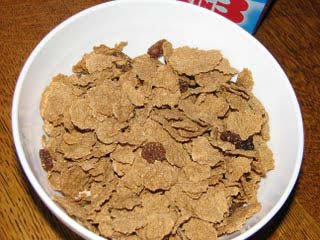 Food professors will tell you that, over the course of an average day, a person should eat five pieces of fruit and veg. Again, it’s another challenge. One that can be achieved in about one/two mouthfuls of Sultana Bran, as you should get at least four sultanas in each spoonful. And, using advanced maths, say each bowl takes around ten spoons to eat, that should work out at roughly 40 sultanas for breakfast – that’s eight days worth of fruit and veg! Hence, should you so desire, just have one bowl of Sultana Bran every week, then gorge on anything you like, safe in the knowledge that your weekly vitamins and minerals are all taken care of. Some argue that you should just buy normal Bran Flakes, then add raisins should you want them. Only, that’s not Sultana Bran. We like Sultana Bran. It’s a stupid idea. 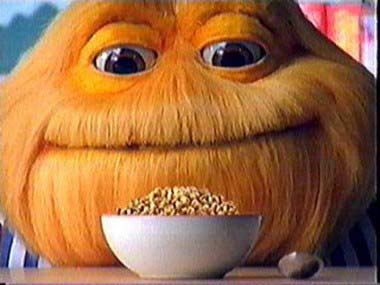 Hey kids, look, it’s a FUN breakfast! Fun, because there’s a big smiling monster on the box. And tasty, because each individual puff has been hand-glazed in honey and sugar. Probably by an out-of-work artist. Other fun breakfasts that missed out include Coco-Pops, Cheerios, and Rice Krispies. Mainly because, while they all taste great, they don’t have the same delicious effect when eaten dry, straight from the box. A versatile cereal, that’s also hilarious to look at.