Sweet Moses, these two got through… 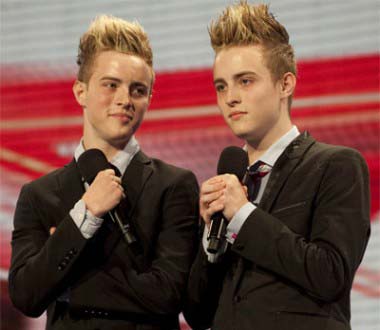 It was a magnificently emotional weekend for anyone who watched the X Factor. Even Dannii Minogue started crying, which brought to mind that scene from Blade Runner, where the replicant cries during a Harrison Ford interview. In that instance, she was weeping over a butterfly or some such. In Dannii’s case, it was over the rejection of Dominic – a singing teen who so nearly made it through in 2007, and had come back this year to prove that he was ready. Really ready. Unfortunately, he now has a voice so slutty and cocksure that it suggests he’s already halfway inside before he turns on the charm. So he got the boot. As did a host of others.

The endearing old man was – as predicted – ushered out of the door as quickly as possibly. They didn’t want some grandpa around, killing the vibe. The insaniac who looked like Chico dressed up as Gary Numan didn’t make it, then thought he’d outstare Simon until he said “yes”. It didn’t work. And most surprising of all, the ASBO knife kid, the one with the dead brother, the girl living with her entire extended family in a single room in a council flat, and the autistic one who dressed like a crazed New York postal worker for his boot camp performance, all didn’t make it through. It seems that the hardened X Factor judges have tired of the endless tales of tragedy, and would now rather listen to a couple of Eraserhead-looking twins from Ireland making cocks of themselves on a weekly basis. They got through.

Of the others that made it, there was Jamie Afro from Mungo Jerry, the single mum from Essex, the sobbing Scottish boy with the hat, the mob of singing strippers, the one who used to be on Popstars: The Rivals, the boy who looks a bit like an Osmand, the blonde one from The Blue Lagoon, and Danyl, who did a really weird version of Simply Red. It’s going to be an interesting year. And with that in mind, we predict the categories to whittle down a little something like this: 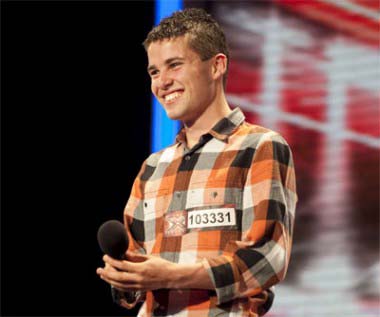 The producers have made the rather remarkable decision to put Cheryl in charge of a gaggle of horny adolescents this year, which should make the “Judges Homes” segment a mixture of emotional tears, hot flushes, and humiliatingly inappropriate erections, as the boys are told that they didn’t make it through this time. Like Rhydian a couple of years ago, there appears to be a choirboy in this group, called Daniel Fox. Only, he’s not your average choirboy. He’s got an actual hairstyle created by a professional, rather than using mum to hack around a basin with a bread knife, and he sings cool songs by rock bands like U2. It’s a trick that worked wonders with G4 and the aforementioned Rhydian – hence judges like Simon and Louis would put him through in a second. A hunch suggests, however, that he mightn’t quite float Cheryl’s turnips, so he’ll be toast. As, probably, will be the welsh blonde kid, who can’t really sing. And the lad who lost his voice at boot camp. In his case, he’s got a good voice, but he cries too much. Producers need a decent hysterical maniac for these stages, just to emphasize the crushing severity of it all, so he’s good broken dreams fodder. Hence, we’d wager on Joe from Newcastle – Donny Osmand doing Luther Vandross. Duane Lamonte, who will aim for the gap in the market left when Chris Brown decided to unleash a few fists on his girlfriend. And Ethan, the American kid, who isn’t a million miles away in type to the crooning nomark who walked away with the American Idol crown this year. Girls will think he’s hot. We all think he’s probably gay. 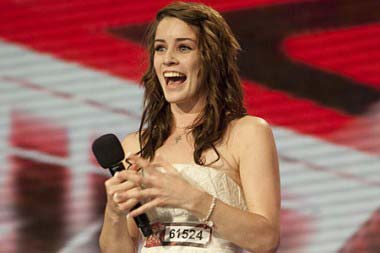 “We all really wanted Dannii!” beamed the single mum. Really? They all wanted Dannii? Even Dannii doesn’t really want Dannii. Dannii wants Kylie. Hence, if the teaser is true, Kylie shall be joining Dannii next week. It’s a sorry state of affairs for the still-faced Australian, as she now has to pull a few family strings to guarantee airtime. Should she stay for another series, she should really start attempting to befriend Beyonce as soon possible. For the most part, the girls are similar in standard this year, a mixture of poor man’s Whitney’s, and Mary J Bliges. The trick is to have a mixed bag. So the “triumph over adversity spot” should be a toss up between Lucie Jones, the Welsh girl from a miniscule village right in the middle of a valley, and Stacey Solomon – the Essex single mum. Lucie Jones wins that particular battle, as there are few valley girls who can do Whitney. But if you’re after single mums in Essex, just hurl a tennis ball into Wimpy, and you’ll hit at least eleven. Of the rest, Stacey McClean should oust Despina Pilavakis in the battle of the little brunettes with strong voices. She’s been rather under the radar, that particular Stacey, but the word is that she used to be a member of an S Club style pop group, managed by Simon Fuller. The same Simon Fuller who has a big finger in pop reality show pie. You do the maths. And Rachel Adedeji meets Nicole Jackson in a Mary J versus Winehouse style head-to-head. In these shows, raw soul beats affected jazz every time. See last year’s Laura White and Alexandra Burke if you don’t believe us. 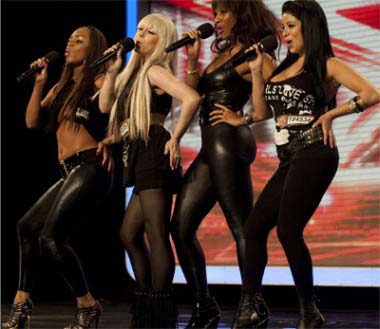 Louis got the groups. Louis always gets the groups. Louis, frankly, loves groups. Plus, unfortunately, Louis appears to really like the oiky brothers who thought they’d cement their name by singing over the other auditionees with their whiny cod-American accents. Under any other judge, John & Edward‘s exit would be swift and brutal, but under Louis – no such luck. He will also probably plump for the singing strippers, Kandy Rain, in the hope that they might become a slutty homegrown version of the Pussycat Dolls. De-Tour and Project A appear to have made the final cut on default – or, indeed, de-fault – being that the dearth of decent groups is becoming ever more alarming. Whilst Trucoloz and Miss Frank are left to plug the gap as the edgier of the three groups. Miss Frank should just get through by a nose, being that they were assembled in the first place by the judges themselves. It would be a warm ego trip all round if they turned out to be half decent. 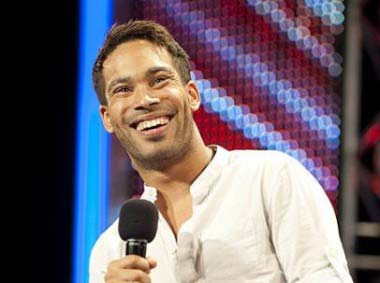 And on to the category most likely to win. It’s a strong one, hence probably why it went to Simon Cowell. He’s a man who likes to win. Plus, it’s the most likely group to throw up a surprise when they’re whittling it down to just three. Already completely discounted can be Nicole Lawrence – the massive soulstress. Her thrilling back story about her father’s dying wish being for her to win the X Factor has already been used in series’ gone by – notably by Niki Evans in series four. It won’t wash this time. Not with Cowell. Treyc can also forget it. She appears to be on the cusp of the girls and the over-25s, so would probably lose popularity points to the younger ones. Hence, it’s down to four blokes, all of whom have their appeal. Daniel Pearce has already won one of these things – Popstars: The Rivals – and they love a Lazarus story on reality shows. Danyl Johnson has already caused a stir on Youtube so could ensure a stateside interest, Olly Murs appears to fit that awful Robbie Williams template that tightens music executive trousers, and Jamie with the afro has been one of the big draws in the show so far. He will also, we predict, be the big name chop this year. Even though he made Cowell lip synch to Kings of Leon back in the early days. He deserves props for that.