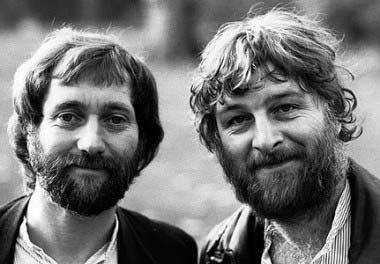 The sad news today is that Chas & Dave shall be no more. We’ll be honest, that hasn’t made a magnificent difference to our daily lives. We weren’t sitting around, nervously awaiting the next Chas & Dave record, wondering if they’d ever again soar to their late-70s/early-80s heights. But then, neither would we consider ourselves particularly ironic fans either. The truth is that we quite liked Chas & Dave for a number of reasons. Their song about snooker helped us to memorise the correct order in which to pot the balls. Their records were fine sober, and wonderful pissed. And they provided some session music for one of Labi Siffre’s greatest records, which went on to become a massive sample for Eminem. Hence, we’ve included the Siffre record in the top four, but not the snooker one. Because, basically, it was rubbish…

2. Ain’t No Pleasing You