London Fancy Dress Week: And so it begins…

The Queen of Fancy Dress Week… so far 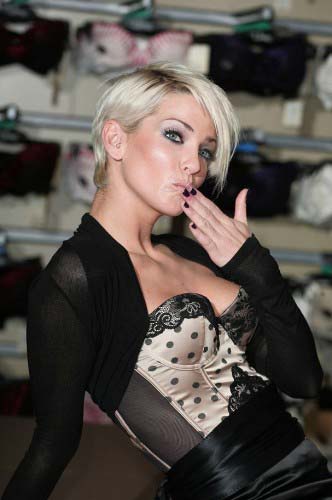 There are only a few windows of opportunity when celebrities like to showcase the fact that they’re absolutely nothing like everyday people. They’re special, they have all the right clothes. They’re beautiful. These times can be particularly difficult to stomach, mainly because they often involve the same gorgeous people who spend the rest of the year attempting to convince the world that they’re just like you and me – with their wellies on at Glasto, their cockney singing voices, their shaggy morning hair, their white nose globules. One such punch in the undercrackers comes during London Fancy Dress Week, when all the really gorgeous ones roll out in their weirdest frocks and trinkets to really hammer home just how square and pathetic you look in your outfit fusion of The Gap meets H&M, via Topshop. What are you? Anti-fashion? Or just naive?

So far at this year’s London Fancy Dress Week, we’ve been alienated (YET AGAIN) by the professional magazine editor, Peaches Geldof, and her sister – the professional model, Pixie. The latter was performing a daring up-and-down walk at Vivienne Westwood’s latest event, whilst the former looked on, sporting a set of magnificently large black shoes. Also in attendance was Boy George, 33.3 per cent of Girls Aloud, and Alexa Chung – the presenter with the horsy posh voice, and legs stolen from a sparrow. Her boyfriend is the sarcastic one from the Arctic Monkeys.

In another corner of town, Kate Moss has sent tongues aflutter by wearing a pair of old hotpants, with a jacket and a hat. Obviously there are no weather conditions that demand such a get up, so it’s an assumed fashion statement, which should presumably result in a sea of East London fedoras in the next few days. Keep an eye out for that. But the real star of the show so far has been Sarah Harding of Girls Aloud and having blonde hair fame. One celebrity journalist in particular is keen to point out that she enjoyed the warm reflective glory of six events in one evening, having chosen to leave the house in what they called a “wet look” dress. Thus far, she is the best fancy dresser. You go, sister!