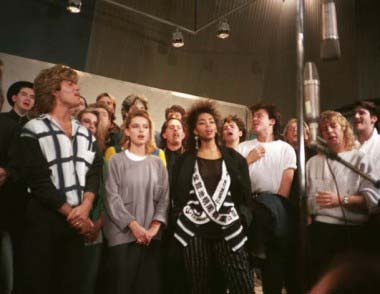 We miss Top of The Pops. Really miss it. Frankly it was the only way that we ever kept up with pop music, so now we hear all about these strange new electronic women in the charts, but have no idea who the hell they are. It’s a real shame. Hence to highlight just how wonderful the pop charts have been over the last fifty years, we thought we’d spend the week doing our own Top 40 – only this time, an all-time Top 40 featuring only singles that made it to the top of the hit parade. In today’s installment, there’s sexy soul from Timberlake, Williams and Summer. Stomping pop/rock from T-Rex and Alice Cooper. A bit of rock and roll, the original Band Aid, and a Dexys Midnight Runners track that really splits the consensus. Here’s 31-40…