Is this the face of the winner? 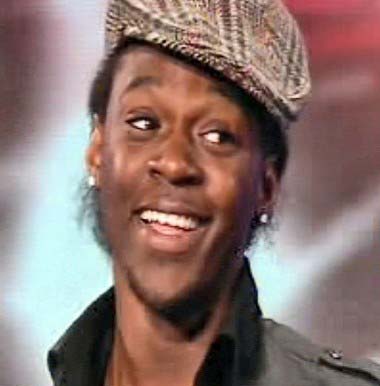 Some pretty unruly living conditions were unearthed this week, as Shanna – the girl who did her best with Fleetwood Mac – revealed that her entire family lives in a very small single bedroom at the top of a squalid tower block, and survive only on grapes and bits of bread left for them by pigeons. Or something like that. We tend to switch off during the thrilling Billy Elliot tales, thanks to a rather unsettling bout of godless cynicism, which has caused us to damn near brick up the television whenever they start playing Coldplay in the background. God, she insists, gave her a decent soul voice to help her family. Might we suggest simply moving out?

No matter, Shanna was good. So good that Cheryl had actual tears in her eyes, and Dannii‘s eyebrow very nearly twitched slightly. She might be one to watch. Of the other goodies, there was Ricky from Scotland dressed up as The Artful Dodger on a golfing holiday, who tends to sing in social clubs to get by. The whisper on the street is that Simon very nearly backed him last year, so he is pretty much guaranteed safe journey to the bit where they totter around the judge’s mansions getting increasingly nervous and hysterical. Olly, an oi oi Essex boy, did a poor man’s Stevie Wonder, but everyone seemed to like it. And all four judges thought they’d patronise an elderly man by inviting him along to the next bit, where they shall ignore him, then call for him to be removed off-camera.

But – POTENTIAL WINNER ALERT! – the one that really stood out for us was Heshima Thompson, who received about twenty seconds of air time, but sounded magnificent. He’s our tip for the top.

Of the less fortunates, we had 59-year-old Diana, who had formed a double act with her dog seven years ago. Unfortunately, on the night, the doggy got stage fright and appeared incapable of singing. Hence, poor Diana was left to look like a right turkey. Then there was Demi, a cheerfully annoying inbred from some godawful corner of the country. “It’s fine” she wept as they all offered a wet-eyed “no”, leaving her family seriously regretting their £3.99 “Demi’s got the X Factor” t-shirts. They will obviously be hoping that another girl called Demi wins the thing, else those garments will be TOTALLY WORTHLESS. And a big fat lump dressed like Aladdin surprised no one by being completely awful at singing.