Lloyd and Lucy… in a way 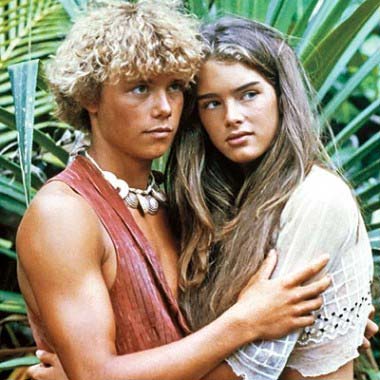 While Simon sits giggling with his new best friend Cheryl, it’s easy to feel a little bit sorry for Dannii Minogue – she used to be right in the thick of things, enjoying the Cowell breath on her neck, but now there she is, right at the end, barely acknowledged by anyone. Even the most eager contestants just shrug and mouth “whatever” after her comments, good or bad. Next series should find her perched on a wooden stool at the back of the auditorium, attempting to scream her comments over the din of a live audience. Eventually she’ll leave. Or take up heroin. She may even move into whichever skip Kate Thornton has decided to call home.

This week was another fittingly formulaic treat, with an equal ratio of brain damaged morons, and sparkling talents with thrilling back stories. Lucy, for example, is from a small village in Wales, where there’s just one local village shop, a little church, a school, a nice country pub, and eighteen Starbucks. She sang Whitney Houston, and impressed absolutely everyone.  There was a rugby player, who would be a big favourite with “mammies and daddies” according to Louis Walsh, who was obviously ignoring where they were, and the fact that “mammies and daddies” in Wales span the entire country from thirteen upwards. And Ashanti who sang Mary J Blige went through, even though she’s a “full time mum” by trade, which presumably means she’ll need to pack in her job and give up her child if she makes it past boot camp.

The other two stand out acts were Jade, a 17-year-old from London, who didn’t bother with the backing track, and sounded magnificent. And Lloyd from Cardiff, who looked like he’d stepped straight out of the Blue Lagoon. His hair was absolutely astonishing, blonder than a golden retriever’s nightie, and Cheryl seemed convinced that he could tighten a few female trousers. Metaphorically speaking.

Of the nutters, there was a policeman singing the Pussycat Dolls, a depressed chef whispering “Angels”, a man pretending to be MC Hammer, an amish looking weirdo singing about crisps, and a couple who had broken up because he had a massive scar on his face. We think. It was hilarious stuff.