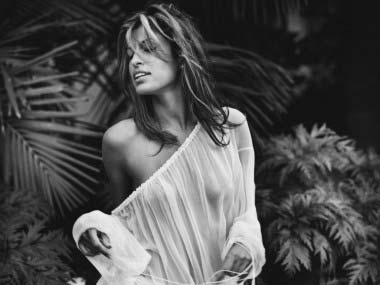 Hollywood stars aren’t like the rest of us. They’ve got money for a start – actual money that they can spend on nice things, rather than put to one side for bills, cheap lagers, and rent. They get to spend their fortunes on the nicest furniture, new breasts, all the best hair products. In many cases they might get things for free, just because they can do a spot of acting. These jesters have come a long way from performing for angry kings and their royal court, make no mistake about that. So it never fails to send shock waves around important celebrity news desks when pictures turn up of famous people looking a little bit worse than brilliant. Hence, half of London has been left in a state of confused silence after shots of the beautiful thespian Eva Mendes showed that she might not quite be getting her full eight hours a night. One journalist in particular couldn’t get his head around how she managed to go out with little dark semi-circles under her eyes. Someone needs a free bed, and fast.

In other important celebrity news, Gary Lineker has finally made an honest man of himself by marrying Danielle Bux of Hell’s Kitchen fame. And Hayden Panettiere (below, washing herself in the ocean) has once again pulled on the cheerleaders outfit that she wears in the television programme Heroes. People have been going pretty berserk about that. 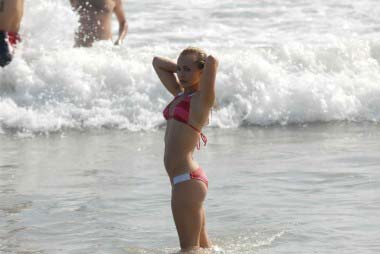