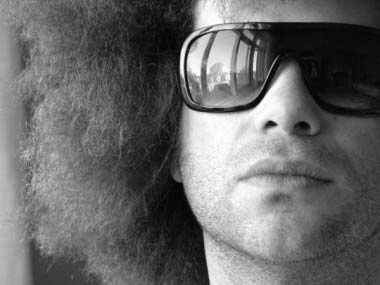 On X Factor, they know how to really push the envelope on the glam stakes. Firstly, they’ve ditched the stuffy studio to involve a massive jeering audience from the off. And secondly, the judges now seem incapable of traveling the country in a sensible manner. They’ve taken to getting across London by speedboat, helicoptering through Birmingham, and it’s surely only a matter of time before Simon decides that the only sane way to get to Glasgow would be by rocket. The message is clear, judges – you are powerful people. Not like us normal folk.

Sadly, this week was again lacking in normals. There was a man who only auditioned because he was “guided by angels.” The same angels that instructed him to sing Erasure. Were they perhaps gay, these angels? He didn’t get through. Neither did the weirdo with the beard whose “musical roots are in karaoke”. That’s a bit like saying that you learnt everything about cooking by visiting Aldi. And The Stunners made the cruel audience sit back and guffaw because neither of them were remotely good looking. Their biggest mistake was to inform the audience that they were “really good”, before immediately letting everyone down by being horrible singers. From now on, they’d be wise to say “we’re really bad” before gigs. Just an idea.

Of the ones that got through, everyone’s been going bonkers about Jamie, the guy with the massive Jackson Five afro. According to his interview with Dermot O’Leary, he’s liked music since he was 10, and now he’s 33. That means he’s liked music for 23 years! No wonder his rocked out version of Kings of Leon was so impressive. He’s liked music for ages! Here at Interestment, we’ve only liked music for 12 years. The girl from Trinidad was very impressive. The Jazz singing girl band, Misfits, put on a performance guaranteed to muster the full Cowell erection. And Daryl the cabinet maker responded to a simple “how are you?” question with a detailed description of his brother’s death from the dreaded cancer. We never did find out how he was. He did, however, provide the quote of the night with: “hopefully my voice will do the talking.”