Stand back everyone, maniac coming through 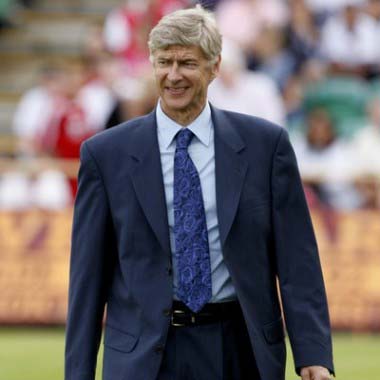 It’s never anything less than a total joy to hear from an important member of the Interestment family, and today it’s the turn of Steve – a man with an arched eyebrow aimed on football. He had this to say about all things recent and footballish.

Comedy scenes at Old Trafford on the weekend as Arsenal lose to Manchester United and have their manager sent off for diving. OK, it wasn’t really for diving, he was sent off for kicking. No, not kicking the ref, or Alex Ferguson, or even Emmanuel Eboue (come on, you’d love to wouldn’t you?)… no, instead he toe punted a stationary water bottle. The man’s mental.

“I didn’t know we were not allowed to do that,” pleaded the Arsenal boss, Arsene Wenger, in a very obviously pretend French accent. A likely story. Rumours of a post-match dust up where he was spotted landing a few very over-the-top rabbit punches on an empty can of Lilt have yet to be confirmed.

Yesterday was Transfer Deadline Day, a truly great day of pant wetting excitement only comparable in real terms to the joy that is Pancake Tuesday. Luis Figo to Notts County! Ribery to Man United! David James to Spurs!

Well they were the rumours, instead the highlights were David Nugent joining champions-in-waiting Burnley, David Bentley getting up really early and going all the way to Manchester to not join Man City, and a rather miffed looking journalist spending an entire day outside Fratton Park to watch David James err, train. It was the stuff of dreams, watching the demoralised broadcaster screaming at the back of James’ moving car, begging him to shed some light on what might be going on. Please, David. Please. Pleeeaaaaase.

And finally, Roy Hodgson has hinted at an unlikely playboy past by saying this:

“It was a ludicrous succession of affairs”.

Like finding out that you were conceived after a drunken game of spin the bottle got ridiculous, there are some things that you just don’t ever need to know.