And this man’s gone all Apocalypse Now… 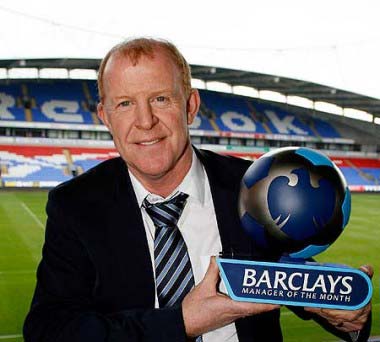 It’s always a complete pleasure to hear from a member of the growing Interestment family, and today is the turn of our funny football guy Steve – he’s got a way with words, make no mistake about that. He had this to say…

BREAKING NEWS! Burnley are in the Premier League! That’s right Burnley, you heard. It’s great to have another glamour team in the top flight, and, naturally, there is now an almighty scrap going on between them, Bolton, Blackburn, Hull and Sunderland for the most beautifully situated Premier League Club. Don’t worry though Stoke fans, your crown is safe. Possibly forever.

As it turns out Burnley are pretty handy at footie, having beaten Everton and Manchester United in the last week! Yes sir, you read correctly – Manchester United, Premier League and World Champions. This makes Burnley the best team in the league and almost certainly the world. Owen Coyle had this to say:

“This place gets a bad reputation,”

“People call us ramshackle but I’m from the old school.”

“The whole place was absolutely rocking!”

As is really quite evident the Burnley manager is a rap/stadium rock fusion artist in his spare time. Somewhere in the region of Dizzee Rascal crossed with Status Quo. Utterly mind-blowing.

Over at Goodison Park, Welshman Mark Hughes has royally kicked David Moyes’ taut Scottish bottom at the world’s longest ever game of Top Trumps and has finally signed a very mediocre centre-back called Julian something (?). Expect Moyes to get his own back in a playground tussle very soon.

And finally, Gary “The Ginger Mourinho” Megson has turned very mystical in the art of football management:

“When you’re stood there watching what is going on you’re always sceptical to what actually did happen.”

He then went on to say something about trees falling in forests and not making much noise. But to be honest, we’d stopped listening.