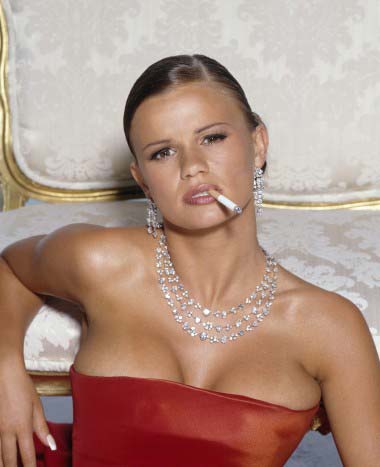 It’s hard to accept it when someone you love is a drug addict. You can live in total denial, convinced that their gigantic pupils and open conversations with an invisible koala bear are just hilarious dinner party jokes – they’re being quirky. Or you might explain their overlong livid spider monkey impression as a strange side effect of drinking too much tea. It’s only when they appear on the front page of a national newspaper shoveling Tony Montana size dollops of cocaine into their withered nostrils that you finally accept it that, yes, they might have occasionally been dabbling with drugs. Hence, there was a resigned silence smothering big celebrity news desks this week when Kerry Katona was finally caught with her metaphorical pants down having a nose up. One showbusiness journalist in particular can’t quite believe that the mother-of-some has been piling herself with narcotics, and then denying it. How could she lie to us? Surely drug users should be more open? Some might argue that by constantly appearing on television with her bottom lip desperately gnawing her top lip, she didn’t really need to spell it out. Massive sectors of the celebrity world have been so upset by Kerry’s demise that they’ve been overheard sniffing in nightclub toilets, obviously doing their crying in private. Sometimes in groups of two or three.

In other showbiz news, Amy Winehouse has left the entire planet agog by having little blobs of white spattered about HER nose. And, in non-drug-related news, Kanye West has got a new girlfriend (below), and she’s really pretty. If a bit bald. 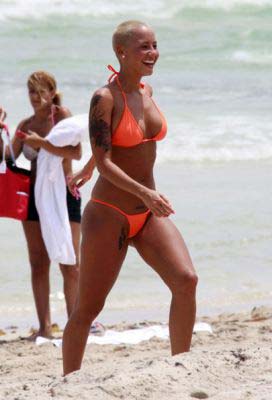