The original O.C in many ways… 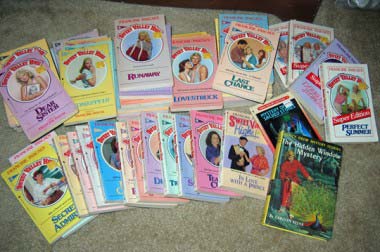 It’s not just the grown ups suffering in this cruel financial downturn, think of the teenagers. A year ago, with mum and dad away “on business”, opportunistic offspring would take the bull by the horns, and throw gargantuan house parties, involving much cider, at least nine people violently throwing up, and almost every girl present would take a turn at weeping for attention. The night would finally come to an abrupt end with a sea of wasted youngsters sucking one another’s necks like they were high powered hoovers and the neck were a filthy carpet that needed a once over, and the host spazzing out because their prey for the evening decided to get off with someone considerably hotter but not nearly as wealthy. It’s not fair! But now look at these spoilt little oiks. With daddy fired from his bank job, they’ve had to relocate to shopping centres and car parks. It’s only a matter of time before their boredom drives them to carving shivs from bits of discarded wood and old razors. They’ll end up in chokey. Make no mistake about that. These are strange, worrying times. Which is why we go berserk with joy whenever we catch wind of a wonderful bargain, and only this week friend of the site Carol stumbled across an excellent find in her local Save the Cats (or some such). “I used to love Sweet Valley High books when I was a teenager,” she told us, whilst simultaneously preening herself in a hand held mirror, “so when I saw about eight of them on the book shelf in my local charity shop, I took the lot.” For those unfortunate enough not to have had the pleasure, these chronicles tell the story of a beautiful set of twins called Elizabeth and Jessica, who swan around California having the time of their lives. The books are a little bit like Less Than Zero minus the drugs. They’re brilliant. So come on, Carol, how much for these hard hitting books about teenagers? “20p each!”