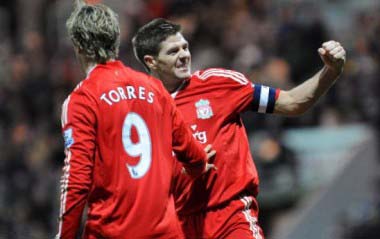 It’s never anything less than a total and utter joy to hear from a member of the growing Interestment family, and today we welcome back Eliot – a magnificent football writer with a busy, whirring mind. He had this to say about the looming Premier League season…

The new season. All that sweat and hard labour for busy footballers who really don’t have the time for it all. The cost to supporters of nine months travel up and down the country. All those Saturday night television hours that could be put to better use with shows such as Hole in the Wall. They might as well call the whole thing off – we here at Interestment know how it will finish anyway.

The best team last year will have learnt from mistakes.

Mourinho only Premiership winner on debut. Ancelotti not as special.

How many of the newbies would start for Manchester United?

Captain retired. Vice-captain gone too. Best chance in the cups.

Thin squad may suffer from a lengthy Europa League run.

If Elmander settles, Bolton’s frontmen will ensure another decent season.

Defend well unlike many teams around them. Clarke’s influence critical.

Will benefit from one of the weakest Premier Leagues ever.

Second season syndrome a factor but should still have enough.

Lost many good players. Martinez should just keep them up.

Disarray defined as Portsmouth in the Oxford Dictionary. 09/10’s Toon.

The surprise factor well and truly departed. Down by Easter.