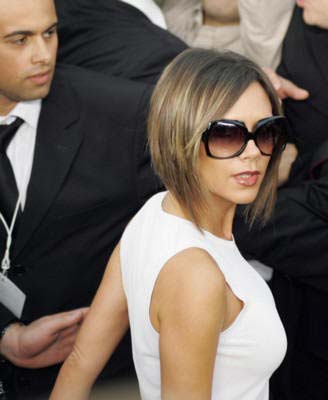 Yes, drink it in. Drink in the big tasty mug of sweet sweet irony. Victoria Beckham is judging a talent show – specifically American Idol. It’s the equivalent of Satan presenting Crimewatch. It all comes in the wake of Paula Abdul’s withdrawal from the judging panel, which is actually a great shame for the show. Part of the joy of watching American Idol came from witnessing words fall from Paula’s mouth at random, rarely forming actual sentences, and definitely never making sense. It was probably the American Idol judging equivalent of letting a toddler loose on your computer keyboard and seeing what happens. One journalist in particular seems convinced that Posh Spice will only appear as a guest judge, before going back to doing what she does best… erm. Whatever that might be.

Elsewhere in the sensual world of celebrities, showbusiness trousers have been seriously tightened by pictures of Cindy Crawford – a very old woman (below, plus bottom) – draped over a yacht wearing a bikini. Britney is further proving her sanity by not shaving all of her hair off, and barking at people. And Guy Ritchie – the man who puts the “oi oi” in “hoity toity” – is enjoying big celebrity business at his proper cockney boozer. That’s in Mayfair. 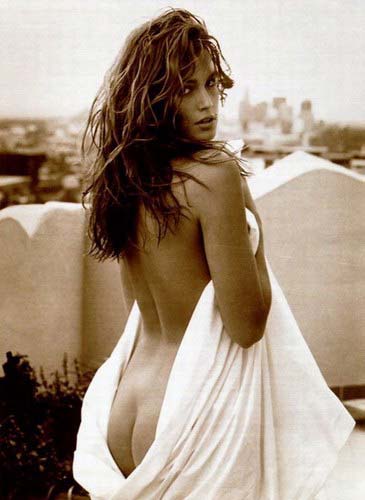