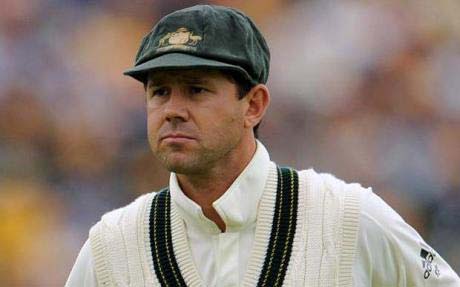 It’s always a total joy to hear from an important member of the Interestment family, and today Rory – a great mind with a sharp wit – thought he’d share some magnificent cricketing insights with us. He had this to say…

When it comes to cricket, there’s simply no arguing with Michael Atherton. He’s got the easy charm of Richie Benaud, the no-nonsense northernerness of Geoff Boycott and a cricket brain the size of Wisden‘s warehouse. So when he described as “ridiculous” the boo-ing of Ricky Ponting as he strode out to bat at Edgbaston, you had to wonder whether maybe things had got out of hand.

It wasn’t the first time Ponting had felt the sharp end of the English supporters’ beer-soaked tongues. All summer long, the Aussie skipper has had to ride a wave of abuse. It only got worse when, after the Cardiff Test, he had the temerity to suggest England had been wasting time. Which they had. Then, at Edgbaston he went and became the highest-scoring Australian batsman of all time. England’s Barmy Army acknowledged the passing of that milestone by ratcheting up the boo-level to loads. He can certainly expect much of the same when the Fourth Test gets under way today. Is it wrong? Should right-minded cricket fans cast disapproving looks in the direction of the boo-boys.

Frankly, Interestment neither knows nor cares. That’s because, throughout all this, we’ve been distracted by two things. One, that Ponto looks a lot like smug impressionist John Culshaw. (Maybe it’s actually him out there, while somewhere on a cruise ship, the real Ricky Ponting is doing his best George W Bush to a smattering of dozing pensioners.) But more than anything else, we’ve been transfixed by that funny little hat he wears. Have you noticed how the baggy green seems to be deteriorating with every passing over? You just can’t help feeling that the longer this Ashes series goes on, and the momentum seems to shift ever more in England’s favour, the more his cap seems to wilt. Should England win, by the time the last Test comes round, he’ll probably be stood there in the field with little more than a limp spinach leaf on is head.

It’s tempting to feel sorry for him. But then you remember he’s an Aussie, and an Aussie captain no less. That means he’s got a heart of stone, skin like leather, and he’d probably hate you for feeling any sympathy for him. And anyway, there’s no room for goodwill at this stage in the series. After all, how sympathetic were the Aussie fans being when they delivered this immortal line to Phil Tufnell when we played them down under a few years back: “Hey Tuffers, lend me your brain, I’m building an idiot.”