That’s right, this woman is at it again 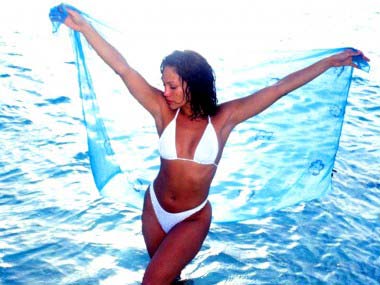 For most of the human race, the beach is an intimidating landscape, where hundreds of judgmental eyes hidden beneath sunglasses study you top to foot, surveying your body for hiccups. Those Winter beers might have left a wobbling gut spilling over your swimming knickers, or perhaps your thighs have the consistency of three-day-old custard? You are, after all, a normal person. The good news is that around 93 per cent of people on the beach look much better covered up. But unfortunately, the remaining 7 per cent will leave a permanent smudge on the brain, with their taut, muscular, sensual bodies. Even their tan comes out even. 84 per cent of the 7 per cent work in the entertainment industry – be it as a stripper, an actress, a bodybuilder, a pop star, a stylist. And just this week, a host of pretty actresses have left showbusiness desks agog with their bikini bodies – particularly Jennifer Lopez. She’s 40 years old, declared one journalist in particular, and yet she still looks wonderful in her dinky red bikini. It’s her bum that made her famous, they continue, blissfully unaware that it was actually her singing, dancing and acting. Her bum was just a plump, happy coincidence.

Elsewhere in the celebrity world, Jessica Alba caused a stunned head-shaking silence when she took to a beach looking attractive and thin – even though she’s had a baby! Like, a few months ago! And Jack Nicholson made everyone barf by having a big blubbery stomach. 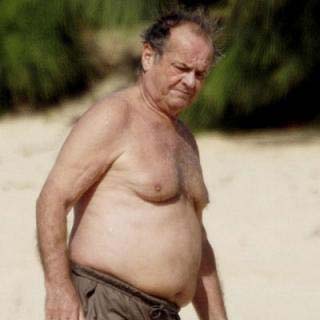