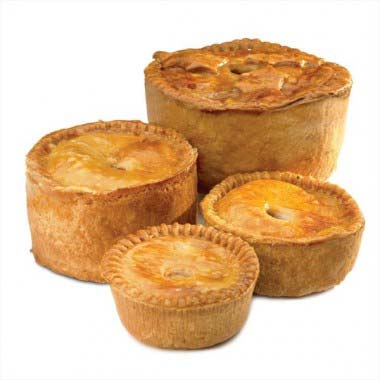 We’re not sure where pies come from, but if the rumours are true, they were invented back in the olden days when people couldn’t afford sexy casserole dishes or nice plates from Habitat. Hence, they made their own food containers and plates from old bits of pastry that were lying around the kitchen, because some butter from the pantry had accidentally fallen into the flour jar during the middle of the night. And lo, the delicious pie – or pye as it was called in the 12th Century – was born. We bloody love pies, and after much thought here’s our top four… 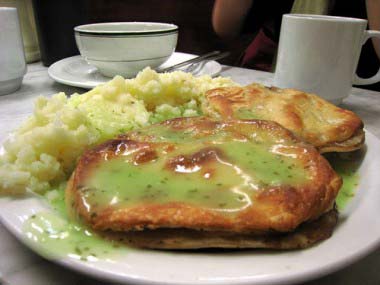 The king of pies, this one involves a fine blend of ground meat, with the tangy bite of onion. It’s a working man’s pie, which might not have the sophistication of its steak and ale brother, but makes up for that by being impossible not to simply wolf down with a massive helping of creamy mash and a generous lug of liquor – which, to those not in the know, is a delicious parsley sauce. Side affects can involve talking like Danny Dyer during and directly after eating. A small price.

There’s a common misconception about Mr Kipling making “exceedingly good cakes”. His cakes are, in fact, exceedingly rubbish. But his pies more than make up for the crushing disappointment that ensues. In particular this, his Bramley Apple Pie, which must be consumed in portions of at least two at a time, and should really be served warm with a dollop of vanilla ice cream to guarantee the culinary rush of enjoying both hot and cold in the same mouthful. It keeps the legendary McDonalds Apple Pie out of the top four, mainly because it doesn’t bubble and burn all of the skin on the inside of your mouth. 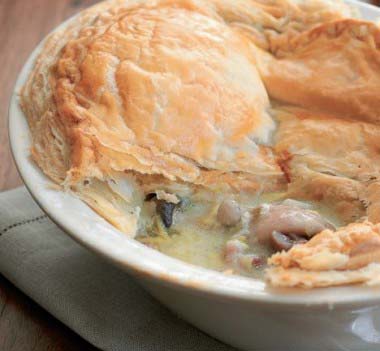 Not everyone enjoys the thrill of tearing into red meat from a pastry case, some people prefer the creamier, mellower vibe of chicken. Most commonly taking pie form alongside its fungal cousin, the mushroom. Ideally washed down with a chilled white wine, this is exactly the kind of naughty treat you might see Sarah Jessica Parker midnight binging on in a Sex in The City bulimia special. A fine, womanly pie. 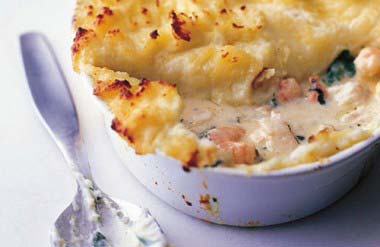 In some cases, the lines that define a pie can become blurred. Pie purists will probably tell you that a pie should always involve some kind of pastry, and they might think that they have a good point, but they really don’t. Here at Interestment we operate under the rule that if it’s called a pie, it’s a pie. Hence, pies with a potato top have been accepted into contention, with a hearty fish pie beating off stiff competition from both the Shepherd and the Cottage variety. Mainly because fish is usually delicate and classy, yet when you mix together a bunch of prawns with a couple of haddocks and a salmon, hurl in some peas, a creamy sauce and some spuds, it becomes a big buxom meal, fit for wolfing. One for those vegetarians who still eat fish, chicken – and secretly, probably some pork.