Books to take to the beach…

Including one based on this lovely film… 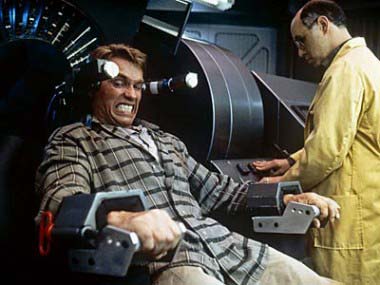 As everyone well knows, a beach without books is just a beach, but a beach with books is not just a day out, it’s a week out. That’s not an actual saying, we just made it up, but it’s pretty much true. Hours of sitting in the blazing heat is a torture method in some countries, but give a Brit a tube of Factor 8, a gigantic bottle of Volvic, and a decent novel to read, and you’ll see a man/woman happily sizzle for days on end. But what should that novel be? On Monday, we asked for suggestions, and so far, this is what we have…

Excellent leaver of comments, Mustard, suggested Post Office by Charles Bukowski , which might be a little gritty for some of the more sensitive book readers, but if you like stories about massive drinkers getting laid and avoiding work, this is heaven.

Salman Rushdie – who we suspect wasn’t really Salman Rushdie – recommended taking a copy of the Satanic Verses on holiday, which may or may not be a good idea, depending on where you’re going. But if you’re keen to get stuck into a Rushdie, it’s probably best to go for his masterpiece Midnight’s Children. Winner of the Booker of Bookers no less. A cracking read.

Leo Beo, obviously feeling romantic, marked out The Book Thief by Markus Zusak, The History of Love by Nicole Krauss, and The Four Letters of Love by Niall Williams. All love stories of a sort, with The Book Thief set during World War II, The History of Love cleverly featuring a novel within a novel, and The Four Letters of Love centering on a will they/won’t they love story that fate keeps almost spoiling. All very uplifting stuff, and in the words of Leo Beo – “you’ll laugh, cry, weep and then spunk.” We have no idea what that means.

Other recommendations have included Dr Demarr – a strange story about identical twins – by Paul Theroux, who also wrote The Mosquito Coast. We Can Remember it For You Wholesale by Philip K. Dick – the story which spawned the Arnie film, Total Recall. Both of those tips coming from Dave. The Secret History by Donna Tartt has been mentioned around four times, The Life of Pi by Yann Martel around six times, and numerous people inventively suggested The Beach by Alex Garland. Another one that comes highly recommended is Breath by Tim Winton – it’s a coming-of-age story, which involves surfing, so says the guy who works in the local book shop. Sounds excellent.

Please keep your beach reading tips coming in. Either leave a comment below or email us at [email protected]

2 Responses to Books to take to the beach…