The Greatest Ashes ‘taches EVER

Including one of these guys… 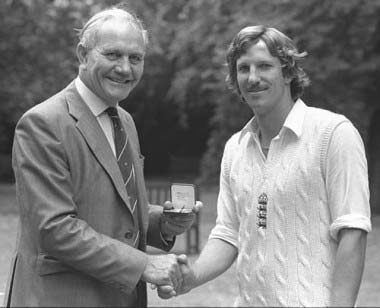 It’s with the usual jumping up and down squealing with delight that we say a fond hello to the magnificent writer, Rory – a very important member of the Interestment family. Today, he thought he’s turn his attentions to the cricketers who didn’t just bat and bowl, but also grew clusters of hair on their top lips. He had this to say…

Don’t worry folks, you didn’t dream it. England really did grab their first win at Lord’s in about 289 years. Thanks to Sir Frederick of Flintoff, we’ve got a proper Ashes summer to get excited about. So why is that one can’t escape the feeling that there’s something missing from this year’s series? You can feel it can’t you? Even if you can’t quite put your finger on it. Let Interestment be of assistance. That thing you’re missing is elaborately sculpted, luxuriant, macho/borderline-homosexual facial hair. OK, so there’s Peter Siddle with his fluffy micro-jazz-beard and Ben Hilfenhaus, who couldn’t look clean-shaven if he had an army of Turkish barbers working on him round the clock, but that’s about it. Never mind that though, instead of bemoaning the current state of the follicly-challenged game, let us instead celebrate the mightiest facial furniture of yesteryear.

The hard-hitting, big-drinking Keg On Legs is famous for once drinking 52 cans of beer on a flight from Australia to London. Obviously he was concerned that all of this still left some in doubt as to his macho-ness, so he went and got himself a big broom on his face. 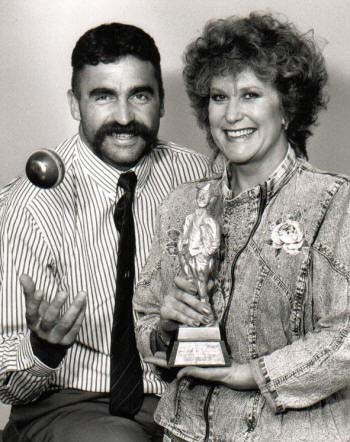 The owner of one of sport’s most famous face-rugs, Big Merv as he was inventively known, spent the 80s and 90s terrorising English batsmen while looking like an aggressive extra from the Blue Oyster Bar. He even went to the trouble of insuring his trademark ‘tache for £200,000. 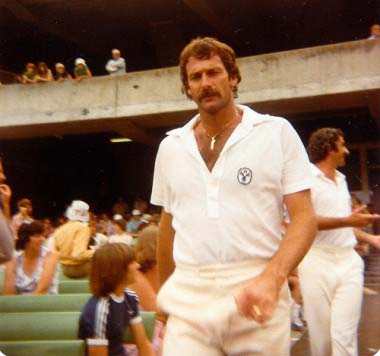 With his flailing hair and headband Lillee was an aggressive, ill-tempered genius with the ball in his hand. Such a maverick was he that he even used a metal cricket bat once. It didn’t catch on. These days he’s lost all his hair and dispensed with the headband. Thankfully, the tache remains as immovable as ever. 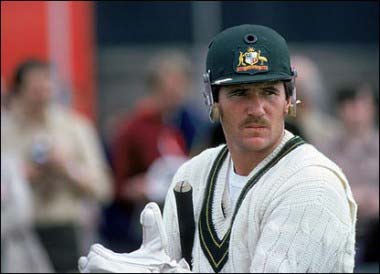 With a nickname almost as inspired as Big Merv Hughes, Allan AB Border sported one of Aussie cricket’s more unfortunate ‘taches. While his compatriots all went for the rugged handlebar look, AB elected for the dirty-porn-star/war-criminal vibe. The results: unpleasant. 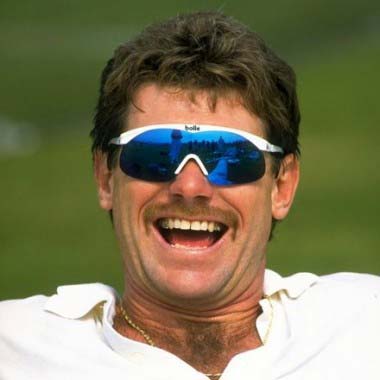 England’s most South African batsman of all time, Smithy was affectionately known as Judge or Judgy by his cricketing colleagues. This was on account of the fact that he resembled a judge when he grew his hair long. Really? What kind of judge? A judge of wet T-shirt competitions? A judge who supplements his income by working as a gas station assistant in Alabama? A stupid judge? 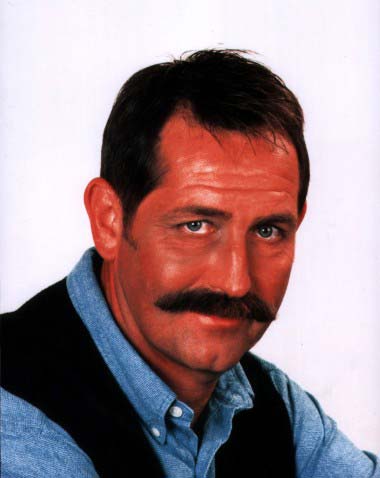 Most people lose their hair and compensate by cultivating some sort of elaborate facial structure as a distraction. GG went the other way – when his hair started falling out, he went down the hair loss therapy route and was so impressed with the results that he quickly whipped off the tache so no-one would be diverted from the luxuriant new tresses spilling down his gorgeous face. This he did with scant regard for those who dreamed up his nickname Zap (after Emiliano Zapata). How inconsiderate. 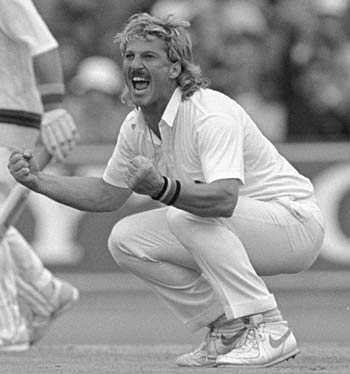 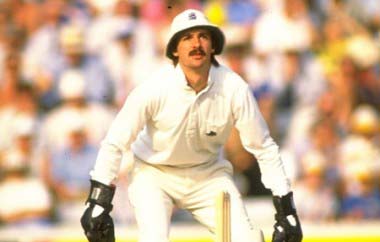 A scruffy little tramp of a man who bore more than a passing resemblance to a fancy dressed child pretending to be Freddie Mercury, Jack Russell has now given up cricket in favour of painting. Bizarrely, he seems to have forgotten what sport he used to play as he also does a spot of goal-keeping coaching for Forest Green Rovers. No word on whether he still sports the mid-80s-soft-rock-style tache though.