Some absolute gems just missed out… 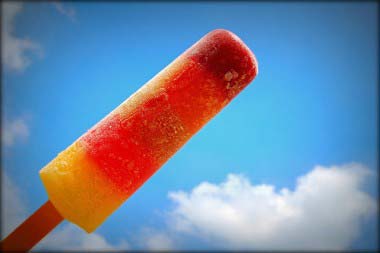 No one wants to eat in the summer, that’s why you won’t see anyone tucking into a nice Cottage Pie between July and September. At most, body builders might force down a chicken to keep their muscles from dwindling, but for the rest of us, it’s a simple diet of lettuce leaves, cold hams, Pimms, large bowls of icy water, and if we’re after a mean head rush, we’ll suck on an ice lolly. After lots of heated debate and a fist fight caused by the unbearable heat, we decided that these are the four best icy treats ever… 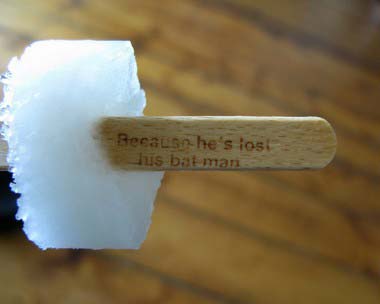 By far the most refreshing ice hit imaginable, this balances just the right lemony sharpness with an impressive iciness. The recommended eating technique is to start at the corners, sucking frantically for the first few seconds, before mellowing into a casual suck/lick/bite method – taking care not to bring on a dreaded brain freeze. And as if it wasn’t pleasurable enough, at the end you’re treated to a hilarious joke on the stick, just to really finish you off in style. Hence why it keeps the Cider Quench off the top four. 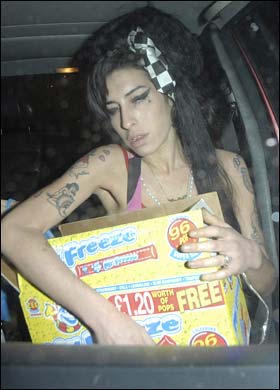 The poor man’s lolly, this is a bona fide credit crunch treat. It’s basically the ice lolly version of a sausage, in that it comes in a plastic skin, and it’s impossible to be 100 per cent sure of the ingredients or how it’s supposed to taste. There’s a slim chance that there might be some blood in there. But, paranoia aside, it delivers the perfect juicy ice rush, and all for about 5p. As the picture proves, this is the perfect accompaniment to a small drug problem. 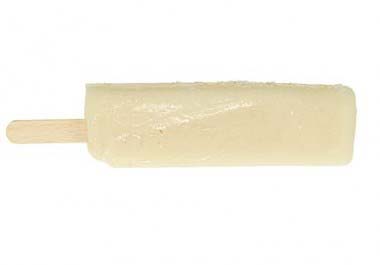 Like so many fine inventions – apple pie and cheese, coke floats, Girls Aloud – this really shouldn’t work, and yet it does. It’s frozen milk on a stick, something no one would ever ask for, but once you get stuck in, you’ll remember just how marvelous these things are. Plain crisps and cheese and tomato sandwiches have a similar effect on a person. 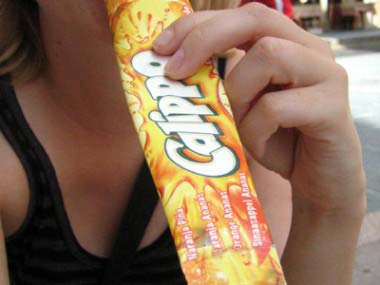 It was a close call for the fourth spot, with the legendary Zoom and the new classic, Fruit Pastilles Lolly (pictured), almost barging in. But this one just creeps in thanks to the syrupy zing of the orange flavourings, and because it is great for flirting. In sexual connotation terms, this is the banana of the ice lolly world.