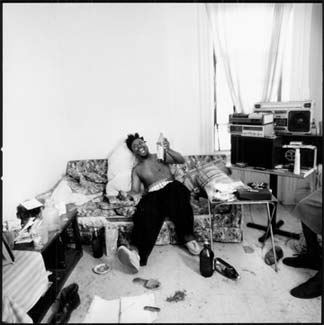 It’s been a while since we heard from Hip Hop Sam – for a while he was presumed dead. But now he’s back, jeans as baggy as ever, his trainers resplendent in the afternoon glare of the sun. He lit up a herbal cigarette and thought he’d turn his eye to the most kind rappers he could think of. He had this to say…

Rappers famously hate pretty much everything except jewellery, women, and a full clip. You’ve seen them – they go around in their baggy jeans, limping, smoking cigs, wearing caps on sideways, bragging about killing people. They’re really not very nice when you sit down and think about it. Hence, I took some time out to figure out whether there are any nice rappers out there. And guess what – there are loads of them after all. These are the four kindest… 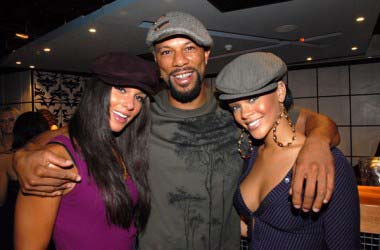 Chicago’s best ever rapper is a great guy. He’s the kind of gentleman who’d pluck a sobbing cat out of a tree, or help an old lady with their shopping whilst on his way to the library, where’s he’s probably returning a book about feminist politics. Although his rapping style sounds like a seductive aromatherapist explaining oils to you, he’s highly respected in Hip Hop circles, having worked with hip hop legends like DJ Premier, Jay Dilla, and more recently The Jonas Brothers. 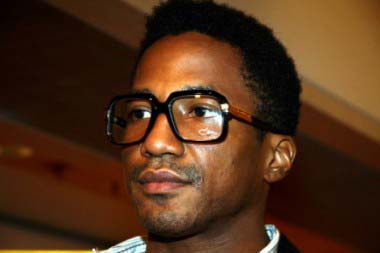 If invited for tea round your house after school, most rappers would allow their dogs to foul on the lawn, whilst they were busily making obscenities out of fridge magnets. But not cutesy voiced little Q-Tip. Oh no, he’d well behaved, and probably even bring a cake with him. And not a shop-bought cake either. He’d make one himself. From scratch. Anyway, an immensely talented individual he’s consistently produced excellent music with A Tribe Called Quest and on his own, and his new album The Renaissance is particularly amazing. “Thanks for the cake Q-Tip” we’d say when his mum picked him up (although secretly we’d have preferred just a plain sponge). 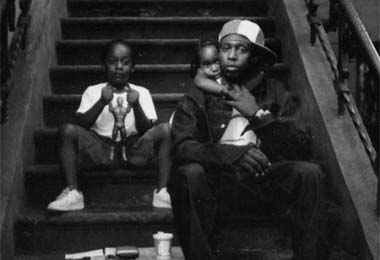 Have you ever imagined that you were a beautiful woman with huge juicy breasts, going out with a rapper? You’ve been going steady for months, and the time’s finally come to introduce your new man to your parents – EEEEK!!! If you were going out with 99 per cent of MCs this would pose an enormous problem, as the most likely outcome would be the pistol related death of your father (cringe!). Not so with Mr Kweli. He’d charm the pants off your old man, so much so, that they’d probably end up really bonding. Maybe hanging out together. Your Dad might even end up freestyling and breakdancing while Kweli does some simple beats using his mouth. It would be weird, and you’d end the relationship shortly after to go out with Akon. 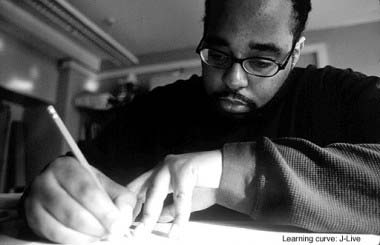 Once a teacher called me dude by accident. It was a horrendous moment, acutely embarrassing for both of us. I reported him, and he gave up teaching shortly afterwards. There’s just no room in the classroom for hip-hop slang or ebonics. This is probably why J-Live gave up teaching to become a rapper. This mild-mannered, kindly-faced, bespectacled MC is the only rapper EVER that you’d feel safe to leave your children with. In fact, he’d possibly teach them to spit the Periodic Table to a SERIOUSLY funky breakbeat.